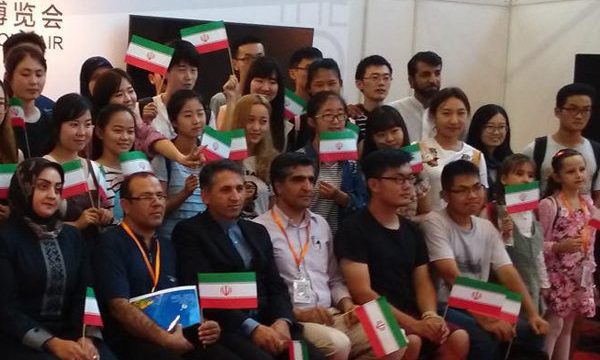 The third day of the 2016 Beijing International Book Fair saw the ceremony organized by Iran’s cultural attaché in Beijin to which Adel Khani was a keynote speaker. Mr. Khani welcomed the attendants and guests to the ceremony; “Iran had been a land and a continent in her diversity of climates, religions, ethnic groups, cuisine, art and culture, and a museum of tremendous scale stretched out in larger part of the continent,” he told the ceremony.

Mr. Khani is a graduate of Peking University and a cultural ambassador as well; “we hope to see students of Persian, through research, extend ties of these two civilizations, and I hope that Peking University will provide effective means to advance and fund research in the field,” he suggested.

The second speaker Mrs. Najmeh Dorri, a professor of Literature in Tarbiat Modarres University who addressed the ceremony about the role of book in dispersing culture; “an important development index is per capita literacy and study hours, cultural written and oral production of books and related items; no other product would replace book in advancing this index; it is an inaccuracy to think that with the advent of new mass communication technologies, books will be forlorn; rather, it will be ever shining, luring more and more lovers of reading to this valuable thing,” she emphasized.

Still in the ceremony, Gholamreza Noei, director of foreign office of Iran Cultural Fairs Institute (ICFI) told the meeting that more than 60,000 titles had been published in Iran annually; “the volumes displayed in Iranian stand provides an opportunity to introduce Iranian culture to Chinese; Ministry of Culture had been a major patron of translation projects brining Persian literary pearls to other countries, and accordingly, I express my gratitude to the ministry,” he added.

The 22nd Beijing International Book Fair attracted 2,302 publishers from 82 countries, including the United States, France and Japan. The United Arab Emirates was the guest of honor at this year’s event.