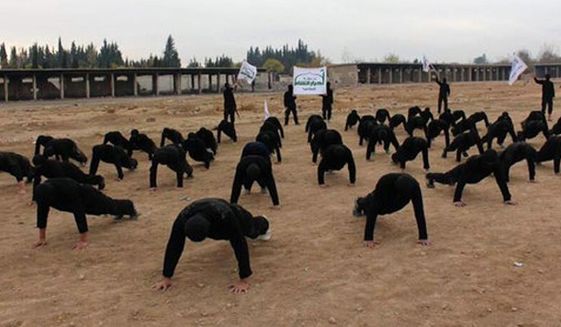 Alwaght- Since the very beginning, the ISIS terrorist group has been suffering from various weaknesses and flaws which it was meant to be hidden. However, following the continuous and consecutive defeats in Iraq, Syria, and Libya the crisis has come to the surface. So the article focuses on the major crisis of ISIS terrorists and its failures.

One of the signs of crisis in ISIS terror group is the gap between some ISIS commanders and their abdication. Not long ago, a number of ISIS commanders in the southern regions of the Kirkuk province, rose against the self-style ISIS caliph and pledged allegiance to the al-Qaeda leader, Ayman al-Zawahiri. This will have an important role in driving a wedge between ISIS terrorists. It has been said that after multiple defeats in Iraq and losing the control of Saladin, al-Anbar, and large parts of al-Qayyarah and al-Shirqat, a strife has been started between ISIS commanders in Nineveh to overthrow Abu Bakr al-Baghdadi.

Another sign of the crisis among ISIS is the ideological differences between its members. Even though all of the members of this terrorist organization have accepted the leader and pledged allegiance to him, their beliefs contradict each other. ISIS members have divided opinions on religious issues and from time to time conflicts may occur due to these differences in opinions. The exile of some of the religious judges in ISIS which was ruled by Abu Bakr al-Baghdadi as they issued a Fatwa on denouncing Ayman al-Zawahiri, revealed the ideological differences among the members of ISIS. This order also created a gap and changed the attitudes and views of some of the ISIS commanders.

Escaping phenomenon is considered as another sign of crisis that ISIS is facing. More and more of the ISIS terrorist forces have escaped within the last months. Most of the fleeing terrorists are from Chechnya and Central Asian regions.

After leaving ISIS, these forces usually join other Takfiri-Terrorist groups in Syria. There are many factors that are leading to the escape of these forces such as the internal ideological differences, conflicting views and goals, and ISIS’ cruel and inhuman methods of dealing with fleeing members. ISIS often executes a large number of their members on charges of blasphemy, espionage, disclosure of secrets, and betrayal. Aside from the normal members of ISIS, some commanders and higher rank members of the organization, including Abu Talha al-Kuwaiti in al-Raqqah, Abu Ubaidah al-Masri, Abu Ali al-Harbi in Tell Abyad, and Abu Yousef al-Masri in Deir ez-Zor have escaped with millions of dollars.

The hostility of native people in cities occupied by ISIS is also feeding the crisis that ISIS is facing. ISIS’ activities in Iraq and Syria has led to the death of many innocent civilians. In any region that this terrorist group occupies, ISIS runs its own specific rules. These rules are based on ignorant, superficial, and biased analysis of some verses from Quran. After ISIS occupied the cities of al-Raqqah and Mosul, the group passed some laws that defying them would result in serious punishments. These laws included a ban on using the word Daesh, women going to male physicians, wearing jeans, smoking cigarettes and hookahs and etc..

Rise of a financial crisis is considered another major problem for ISIS. In fact, one of the strengths of ISIS was its economic power and financial strength, which the terrorist organization had been relying on to attract many of the unemployed youth of different countries. ISIS had also strengthened its infrastructures using the economic power that it possessed. Obviously, weapons procurement, media advertisement and local and foreign forces’ wage and salary are expenses that ISIS must provide. The ISIS terrorist group funds its budget from different ways such as selling oil, collecting tax, and confiscation of property of others. That being said, the terrorist organization has been facing a financial crisis lately, which is due to the loss of the regions under its control in Syria and Iraq. Lack of land has deprived ISIS terrorist from collecting tax and confiscating the property of people. This has also led to the loss of oil-rich areas and oil fields that the ISIS terrorists had access to, prior to them getting cut off from the regions under their influence. In addition, the extreme decrease in international oil prices, closure of oil smuggling routes to Turkey, and bombing the oil fields under the control of ISIS have also caused financial problems for the terrorist group, which has led to lowering wages and cutting off the salaries of new recruits.

ISIS’ recent defeats in Iraq, Syria, and Libya has revealed the problems and weaknesses that this terrorist organization was struggling with since the beginning. With the increasing amount of military operations against ISIS, the internal crisis within the group will get worse making the terrorist group’s situation more fragile. On one hand the external pressure and attacks against ISIS and on the other hand internal disputes have also worsened the situation. It should also be noted that as external pressures intensify internal crises, overthrowing of the ISIS terrorist group might happen sooner.