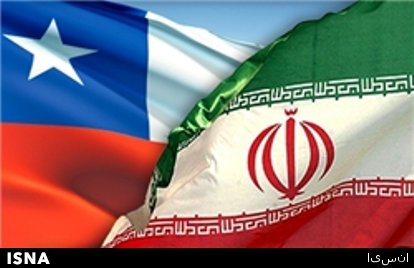 Zarif also conveyed warm geetings of President Hassan Rouhani to the people and government of Chile.

He stresed Tehran’s willingness to promote bilateral economic ties with Santiago noting that the big economic delegation which was accompanying him in his visit to Chile is an indication of such willingness.

Chilean president, for her part, appreciated Zarif’s visit to her country and voiced Santiago readiness to enhance ties with Tehran.

She stressed that the two capitals could exchange lots of experiences in various fields.

Middle East developments and issues of Latin America were among the major topics discussed during the meeting.

Zarif left Santiago for La Paz in Bolivia, on the fifth leg of his tour to six Latin American nations which will later take him to Venezuela.