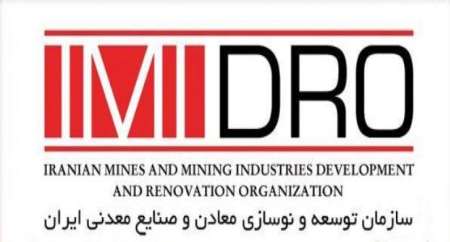 Iranian Mines and Mining Industries Development and Renovation Organization has linked up with two German banks, three Italian banks and some other European banks, “without being charged with extra fees”, said the head of IMIDRO’s Department for Economy and Expansion of Investment.

“We have been trying to expand relations with foreign banks since three years ago and as a result the European banks will start opening credit lines for Iranian companies in 8-9 months,” IMIDRO’s website quoted Hassan Younesian as saying on Wednesday.

Largely because of primary unilateral US sanctions that remain in place, major European banks and investors are anxious about doing business with Iran.

So far, Iran has secured banking links mainly with smaller financial institutions and US banks are still banned from doing business with Iran, directly or otherwise.

Italy’s UniCredit, Belgum’s KBC, Sweden’s SEB and Austria’s Erste Bank are reportedly some of the bigger European banks that have restored relations with Iran after the easing of sanctions in January.

Komijani referred to the recent improvement in Iran’s risk assessment rating by OECD from 7 to 6 and said, “Foreign banks were unable to work with us when we were categorized among the countries with the highest risk of investment.”

The Organization for Economic Cooperation and Development in June upgraded Iran’s rating in the country risk classifications of the Participants to the Arrangement on Officially Supported Export Credits (CRE).

Iran has been expecting the improvement since the lifting of sanctions early this year. The country hit nadir in the CRE ratings in 2012 when sanctions against its nuclear program were tightened.

“IMIDRO used to be a creditworthy company 10 years ago,” he said. “A letter from IMIDRO was considered as a bank guarantee for companies active in the mining sector.”

Younesian said domestic banks are charged 1.5% to 2% for money transfer, “while some foreign banks provide Iranians with similar services at lower fees”.

IMIDRO is a major state-owned holding company active in the mining sector. It has eight major companies and 55 operational subsidiaries active in steel, aluminum, copper, cement and mineral exploitation fields.