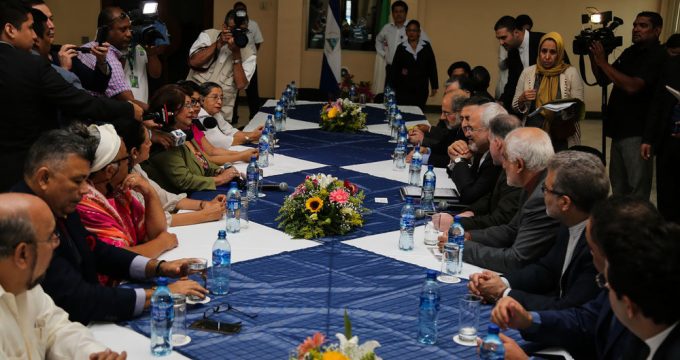 Managua, Aug 24, IRNA – Head of Sandinistas Fraction in Nicaragua National Assembly Edwin Castro said on Wednesday that the Latin American states welcomed lifting the arbitrary sanctions on Iran as per the the Joint Comprehensive Plan of Action.

He said in an interview with IRNA that Latin American states already declared that the sanctions imposed by the United States on Iran under the excuse of nuclear program contravened the International Law.

Edwin Castro said that Nicaraguan government is pleased with lifting the unfair sanctions which prepared the ground for improvement of relations with Iran.

Edwin Castro, who also co-chairs Iran-Nicaragua parliamentary friendship group, said that accompanying economic delegation comprising 80 private sector activists and companies directors with the foreign minister was a valuable move by Iran, which will lead to deepening ties between Iran and the Latin American countries.

He visited Cuba, Nicaragua and Ecuador so far and will visit Chile, Venezuela and Bolivia in the coming days.