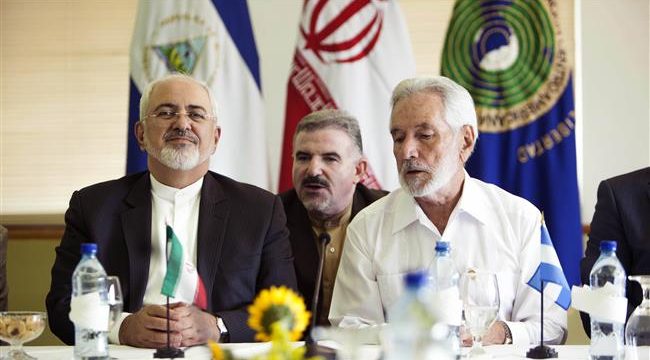 Foreign Minister Mohammad Javad Zarif of Iran says the country greatly values its relationship with Latin American nations, including Nicaragua, where he visited on the second leg of a tour of the central and southern Americas.

Speaking in the Nicaraguan capital of Managua on Wednesday and after meeting with his counterpart Samuel Santos López, Zarif said the large politico-economic delegation accompanying him on the trip testifies to the significance that Iran attaches to ties with Nicaragua and other Latin American countries.

Zarif has travelled to the region at the head of a high-ranking politico-economic delegation comprising 120 businessmen and financial executives from government and private sectors. The tour started off in Cuba on Monday, when he met with Cuban counterpart Bruno Rodriguez and the country’s President Raul Castro.

He has now arrived in Ecuador.

While still in Nicaragua, Zarif said, “Cooperation between Iran and Nicaragua can include collaboration in the construction of the [Grand] Interoceanic Canal to the areas of agriculture, energy production, petrochemistry, banking, credit, transportation, food and pharmaceutical industries, and science and technology.”

The Grand Interoceanic Canal is a 270-kilometer (167-mile)-long canal, which is expected to connect the Atlantic and Pacific Oceans by 2030.

The Nicaraguan foreign minister, for his part, said his country had for long been awaiting a visit by the Iranian delegation.

The visit, he said, signaled that Iranian officials and enterprises were determined to expand the Islamic Republic’s already-good relations with countries in the Latin American region.

During his stay in Nicaragua, Zarif also met with René Nuñez Tellez, the head of Nicaragua’s National Assembly (Parliament), as well as the country’s President Daniel Ortega.

His tour of Latin American countries will further take him to Chile, Bolivia, and finally Venezuela.