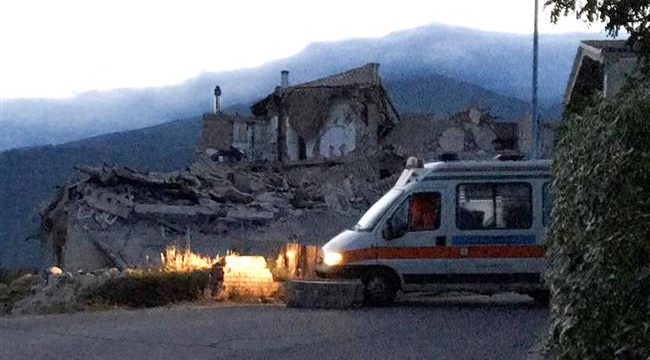 According to the United States Geological Survey (USGS), the quake struck 10 kilometers (6.2 miles) southeast of Norcia, a town in Perugia Province, at around 03.30 a.m. local time (0130 GMT) on Wednesday.

The USGS has issued a red alert, suggesting significant casualties and damage based on previous quake data.

Initial reports said the quake caused extensive damage to the central town of Amatrice in Rieti Province, with people trapped under rubble. It was also felt in the capital, Rome.

“Look! There are houses that aren’t here anymore. I hope we get some help,” he added.

The official further said access to the village had been blocked, making it impossible for rescue services to make their way into the area.

“There is a landslide on one road, a bridge is about to collapse on the other one,” Perozzi said.

Italian media said the first confirmed victims were an elderly couple, whose home was destroyed in the Marche region to the east of the epicenter.

Elsewhere, the mayor of the town of Accumoli in Rieti Province, Stefano Petrucci, said a number of buildings had been badly damaged by the 6.2 magnitude quake, with an entire family feared dead.

“Four people are under the rubble, but they are not showing any sign of life. Two parents and two children,” the mayor told local media.