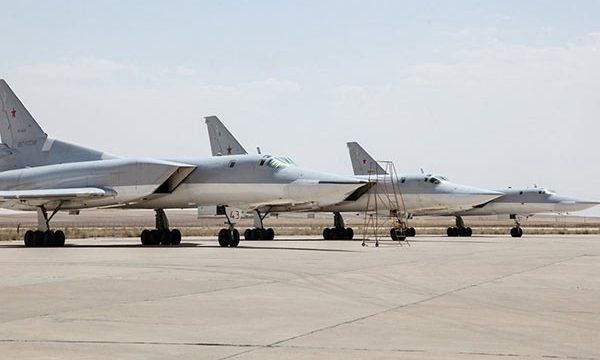 Regional and international goals of Russia’s military presence in Iran

Almost half a century after Russian soldiers left Iran’s soil in the aftermath of the World War II in 1946, the country’s military has once more returned to Iran following a new agreement with the Islamic Republic.

The current situation, however, is not comparable to the past and the goals of the recent military presence of Russia in Iran are quite different in view of its various dimensions, especially its nature. Nonetheless, there is a common factor between Russia’s past and current instances of military presence in Iran, which can be analyzed in view of the fact that the recent Russian presence goes beyond bilateral relations between the two countries and can be also viewed in terms of the relationship between these two instances of Russia’s presence and regional and international developments. Both Tehran and Moscow seek to achieve their goals at both levels through this new instance of interaction.

Of course, not all goals sought by Russia are at odds with Iran’s goals and, for example, Russia’s opposition to the West’s expansionist policies is in line with Tehran’s goals, but there are also bones of contention in these common goals as well. Therefore, a closer look at regional and international goals which have prompted Moscow to seek military presence in Iran will be useful.

From the viewpoint of Western countries, one of the effective mechanisms to weaken Russia and its president, Vladimir Putin, is to zoom in on the failure of Moscow’s foreign policy plans and magnification of those failures. Through this logic and in an effort to achieve its foreign policy goals, and also to prove the failure of the West’s policy and the fall of its hegemony, the Kremlin is trying to strengthen its domestic standing and legitimacy, on the one hand, while promoting Russia’s global position, boosting its bargaining power and taking more concessions from the West, on the other hand. In doing this, Russia is deepening military interactions with Iran, as an anti-hegemony force in the Middle East, to both strengthen its foreign cards and show the West that it has different options at its disposal to promote its goals.

Evidently, interaction with Iran is not Russia’s sole trump card, but having more tools and options at its disposal at a time that there are clear rifts among Western countries and their regional allies, which have barred them from achieving their goals, would be a very good advantage for Russia.

In Middle East’s zero-sum geopolitical game, any form of geopolitical expansion for Russia would mean an equal degree of geopolitical contraction for the West. From this viewpoint, military interaction with an anti-West Iran is of special importance for Moscow from the viewpoint of geopolitical balance in the Middle East, because military presence of Russia in Iran would mean development of more military opportunities and expansion of its geopolitical influence in the region. Deepening of interaction with Iran will be also instrumental in invigorating the buffer zone along Russia’s southern border in the face of the West’s geopolitical aggressions. However, in addition to setting such confrontational goals, one can see positive foundations for introducing Russia as a balancing factor in the face of the West, which aim to promote the country to the position of a “big power” in the Middle East and also at international level.

– New experience of regional coalition building outside the CIS

One of the most important weaknesses of Russia in the field of foreign policy is its lack of ability to build coalitions. During recent years, Moscow has intensified its efforts within transregional frameworks such as the Shanghai Cooperation Organization and the BRICS group (Brazil, Russia, India, China and South Africa) to make up for this weakness, but its achievements have been little and the advantages of such frameworks cannot be compared to the advantages that Western rivals of Moscow derive through their regional coalitions. Therefore, although increasing regional interactions of Russia with Iran, Syria and Iraq cannot be considered as a real “coalition” or “axis,” even this level of cooperation can be a new experience for Moscow in finding new allies in the region. If the upward trend of these relations continues and, as Moscow expects, other countries like Turkey and Iraq get closer to Russia’s positions, the possibility of forming a Russia-based axis may increase, though there are still many impediments in this regard. Moscow hopes that through success in this cooperation, it would be able to attract the confidence of other regional countries and even countries outside the Middle East and add them to its axis or, at least, take some allies of the Western countries out of their orbit.

– Show of force and military exercise

Although Russia has been relatively successful in producing new military hardware and enjoys remarkable military capabilities, it suffers from evident weaknesses compared to its Western rivals when it comes to practical military exercises and in the face of real war conditions. During recent years, Western countries have tested their military preparedness, war management capabilities, as well as the military equipment and personnel, and have promoted their efficiency in such arenas as former Yugoslavia, Afghanistan, Iraq, and Libya. According to the same logic, Russia is now trying to take advantage of the opportunity offered to it by the crisis in Syria and Daesh in order to test its new weapons, bolster readiness of its military staff and promote its military skills. In the meantime, military deployment in Iran faces Russia with more complicated conditions both in terms of management of a big operation and in logistic terms in order to test Moscow’s capabilities in a more real arena. By the way, in addition to assessing its military capabilities, Russia has been offered with an opportunity to show off its military equipment and pave the way for selling them to new customers.

Last but not least, the emphasis put by officials in Tehran that the permission given to Russia to use Iran’s air base in Hamedan is merely limited to the issue of Syria, proves their caution and also their awareness of the regional and international aspects of the goals pursued by Russia. Tehran is aware of Russia’s large-scale goals at international level, its ambitions in the Middle East, and its willingness to strike the “big deal” with the West, and therefore, looks upon military interaction with Moscow at this juncture as a “tactic,” which can be further developed only if it would meet the interests of both sides. Of course, Moscow is also aware of the fact that Tehran will not turn into a mere tool to promote its regional goals.