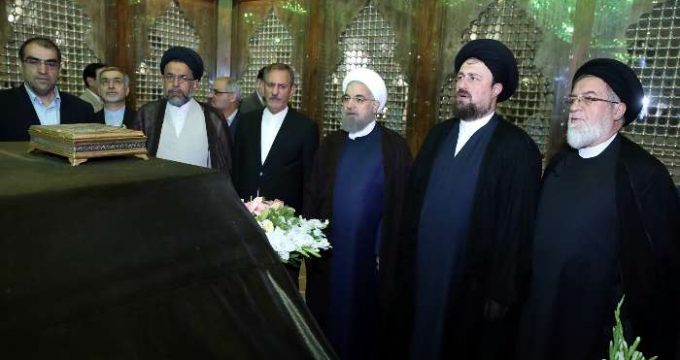 Tehran, Aug 23, IRNA – President Hassan Rouhani and members of his cabinet renewed allegiances with the late Founder of the Islamic Republic Imam Khomeini on Tuesday.

Their visit to the mausoleum of Imam Khomeini took place on the eve of Government’s Week.

They laid a wreath on the tomb of the late Imam and prayed for the peace of his soul.

The week marks the martyrdom anniversary of the former Iranian President Mohammad Ali Rajaie and his Prime Minister Mohammad Javad Bahonar who were killed in a bombing incident by the terrorist group Mojahedeen Khalq Organization (MKO) in 1981.