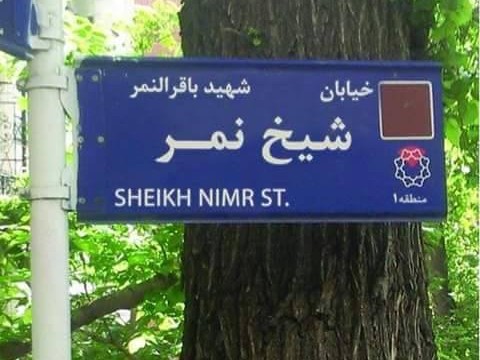 The street already named ‘Naz’ has been located in district 1st of Tehran.

Hundreds of Iranian protesters marched throughout the Iranian capital, raging against the execution.

The clergyman was executed alongside 46 other people, whom the kingdom’s Interior Ministry said had been found guilty of involvement in “terrorism.”

Sheikh Nimr had been arrested in 2012 in the Qatif region of Saudi Arabia’s Shia-majority Eastern Province, which was the scene of peaceful anti-regime demonstrations at the time. He had been charged with instigating unrest and undermining the kingdom’s security. He had rejected the charges as baseless.