A Look at Iranian Newspaper Front Pages on August 23

Newspapers on Tuesday covered the remarks by Iranian Foreign Ministry Spokesman Bahram Qassemi about the cooperation between Iran and Russia, and Moscow’s use of Iranian airbase, which has ‘ended for now’. 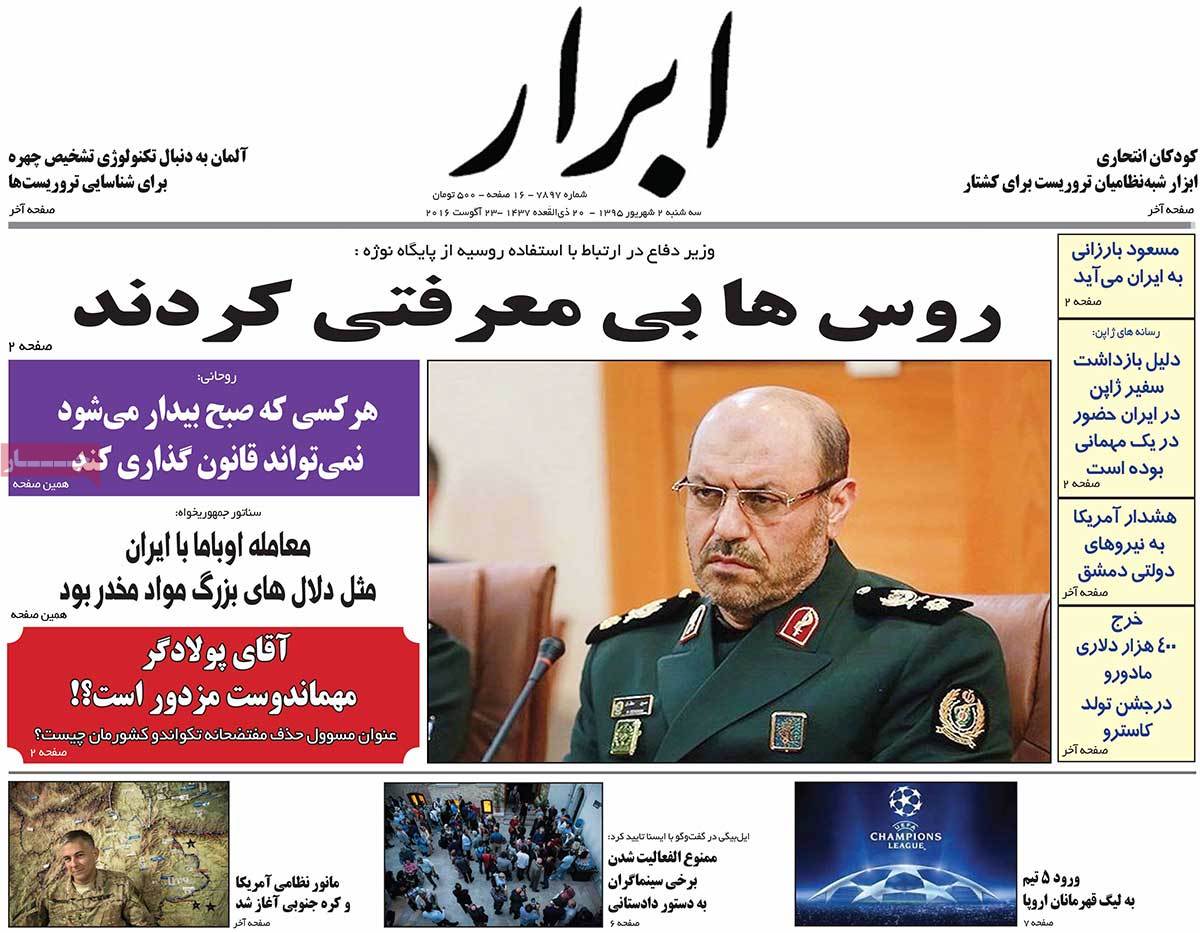 1- Iran Not to Halt Manufacturing Peugeot 405 and KIA Pride: 4 New Foreign Contracts to Be Signed by Mid-March 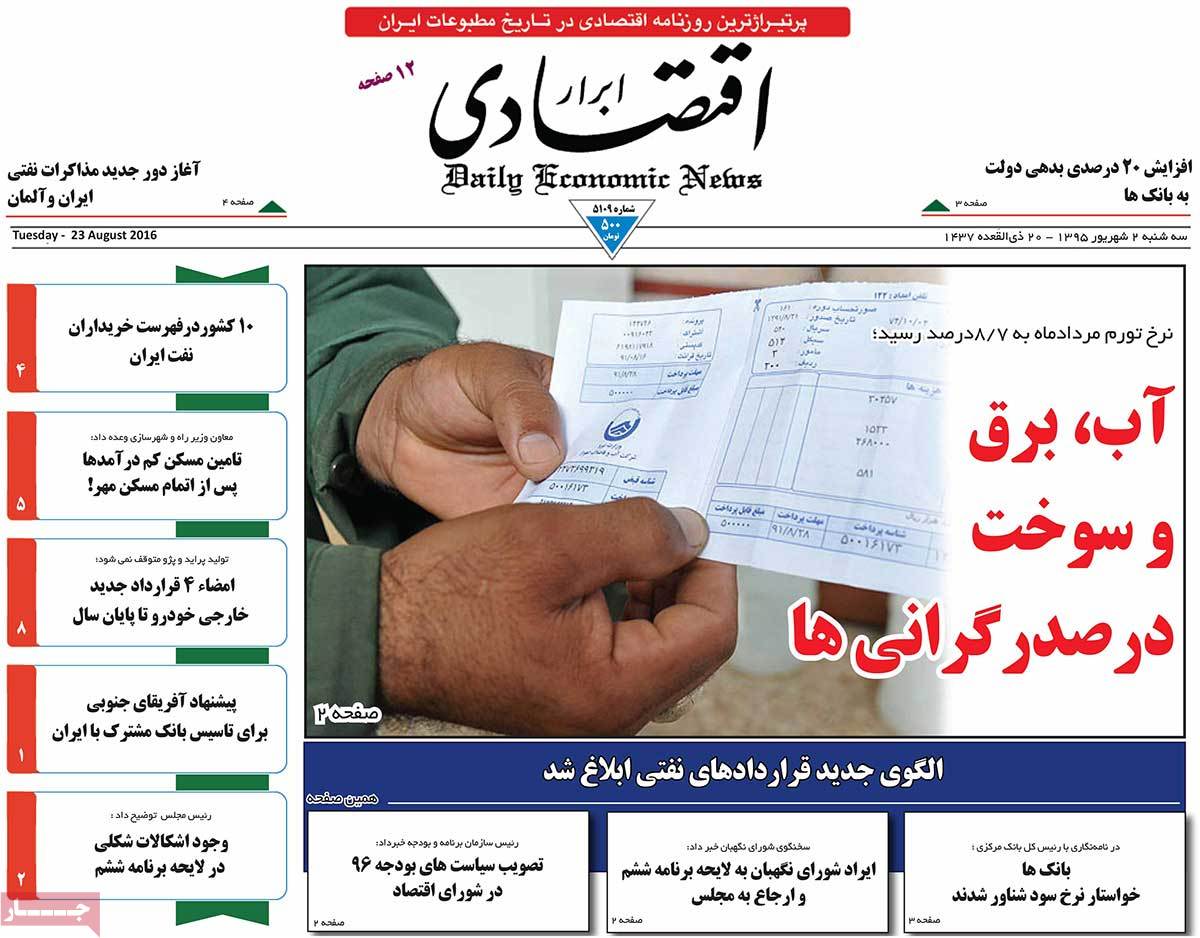 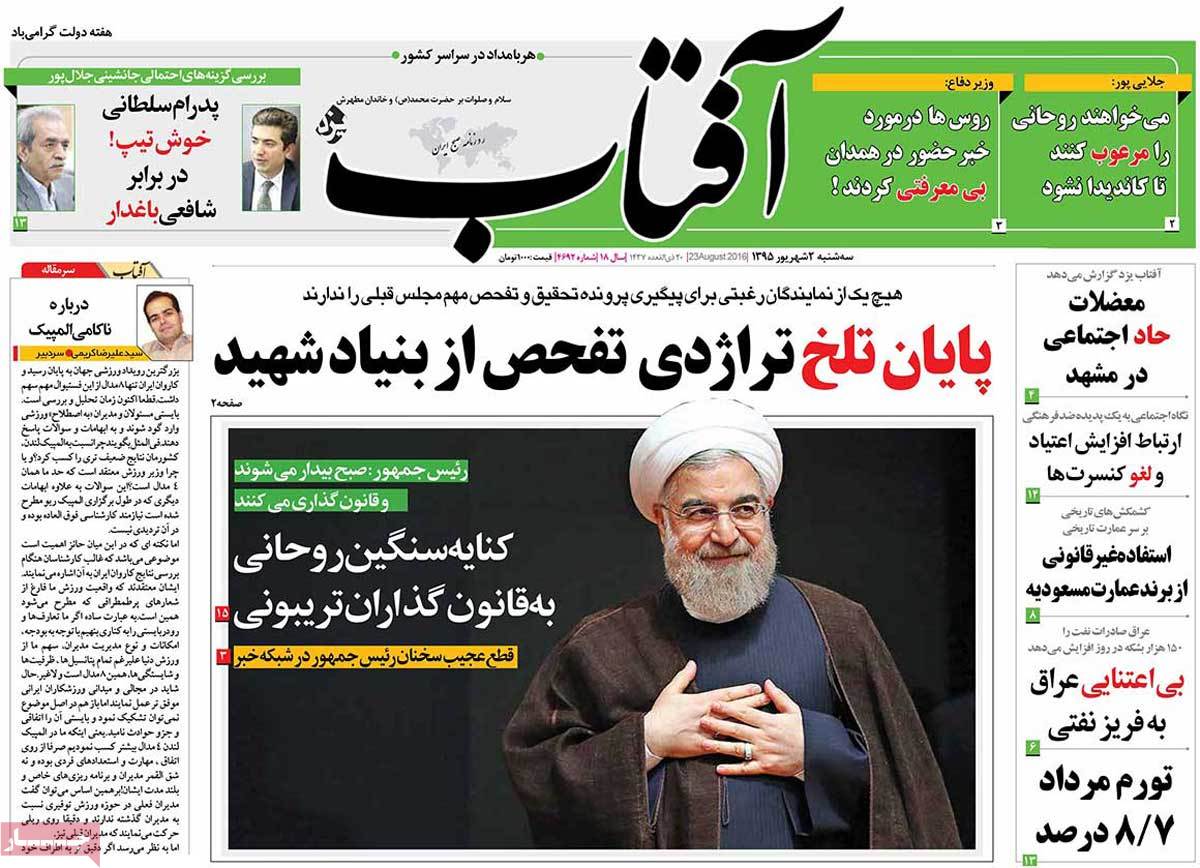 3- Judiciary Chief: Many of Problems Remaining from Previous Governments. 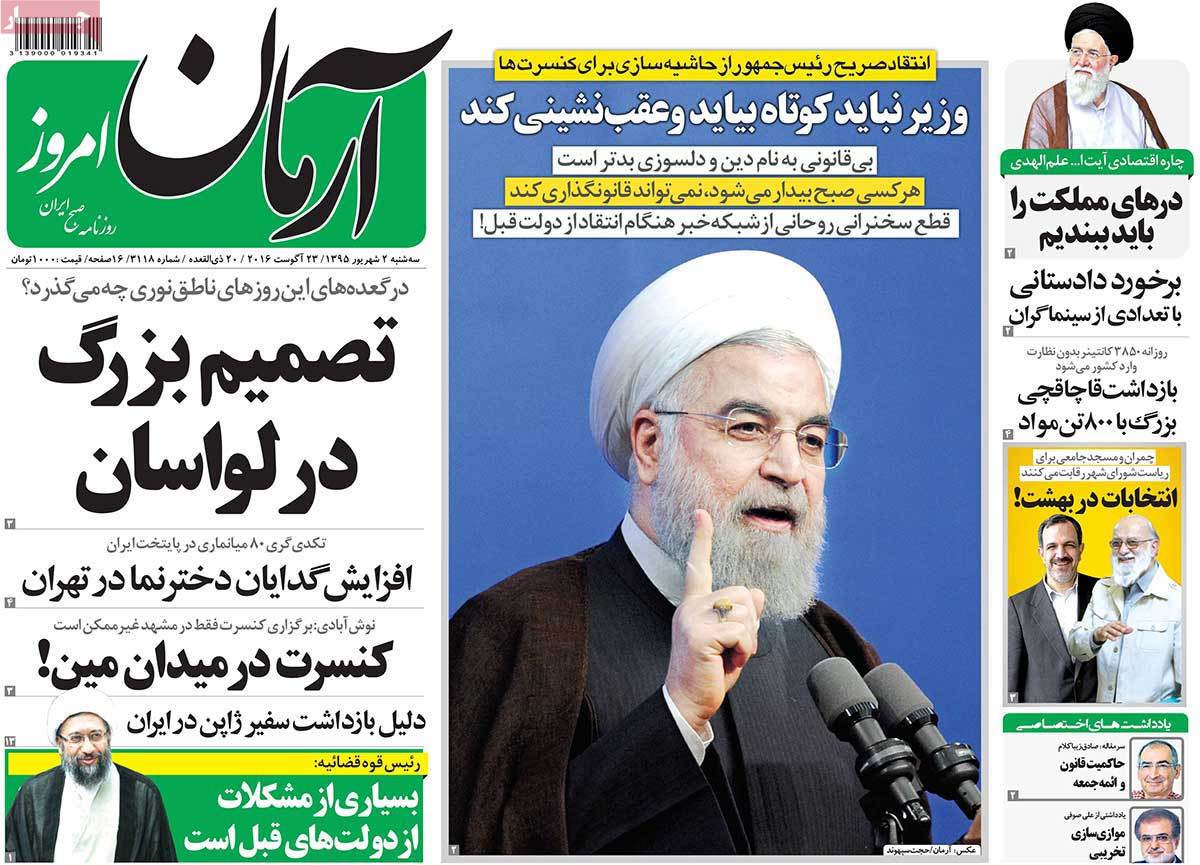 1- Government Spokesman: Inflation Rate in Mordad [mid-July to mid-August] Was 8.7% 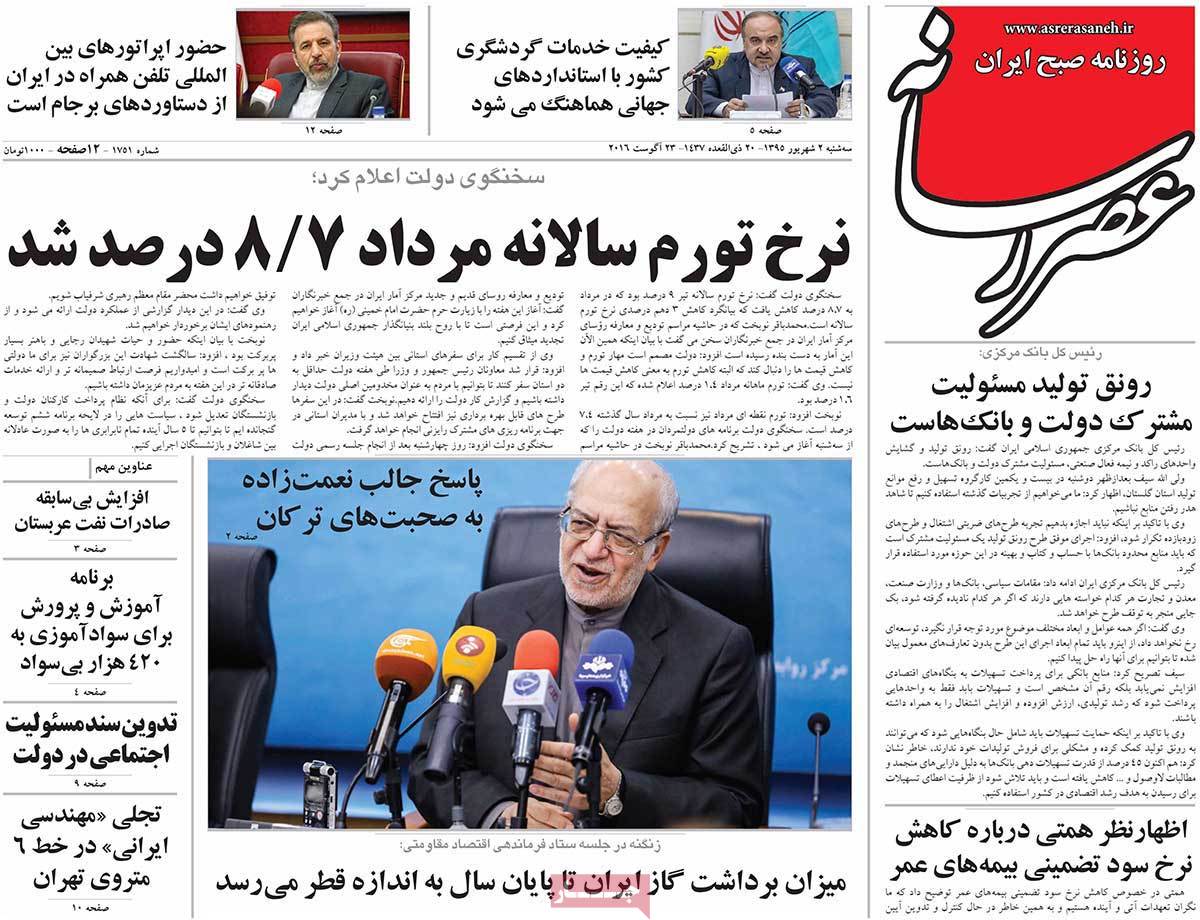 1- Foreign Ministry Spokesman: Iran Hopes to Upgrade Its ties with Britain to Level of Ambassadors

2- Judiciary Chief: Government Should Not Be Attacked under Any Pretext 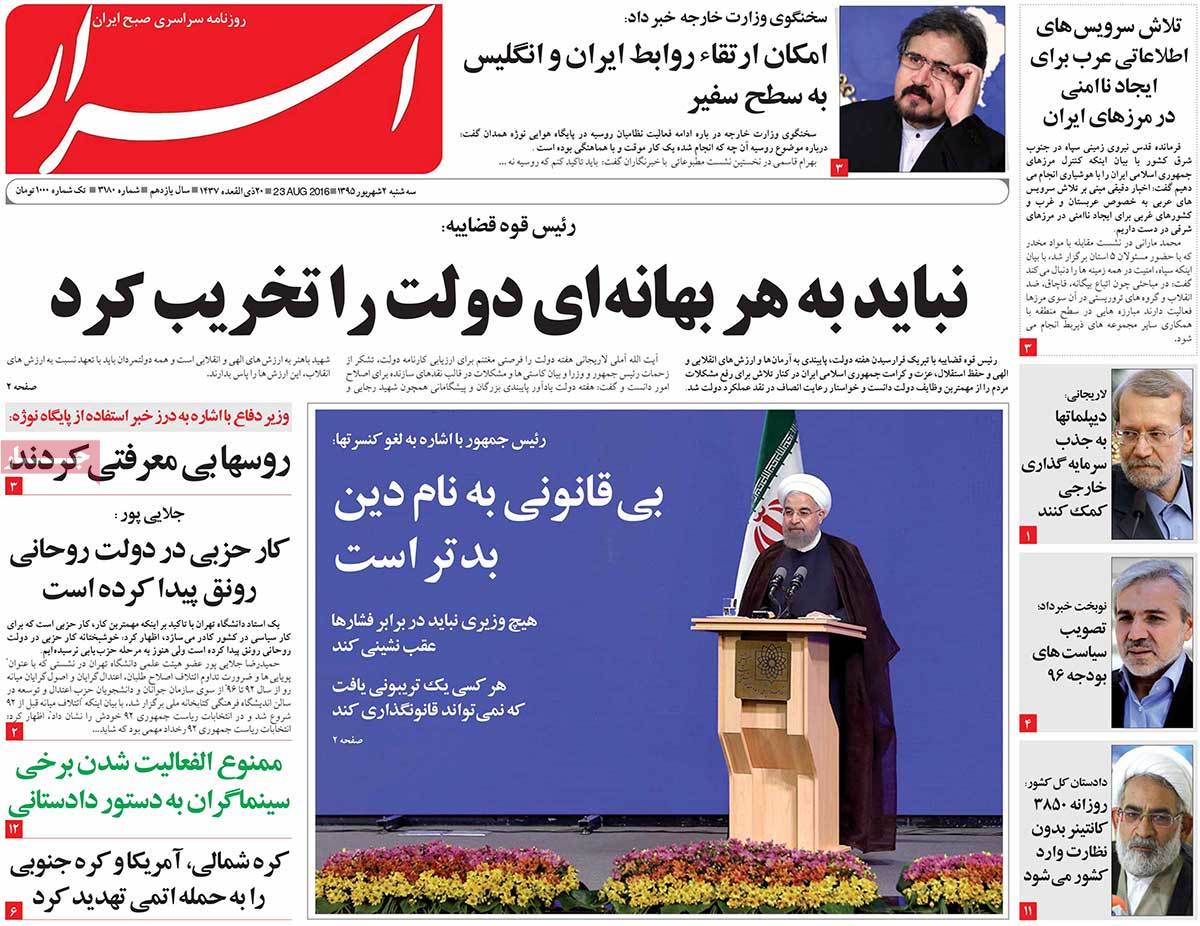 1- Rouhani in Reaction to Illegal Cancellation of Concerts in Khorasan Razavi Province: Whoever with a Tribune Cannot Legislate

3- Music Official: Political Fights Should Not Influence Art and Music 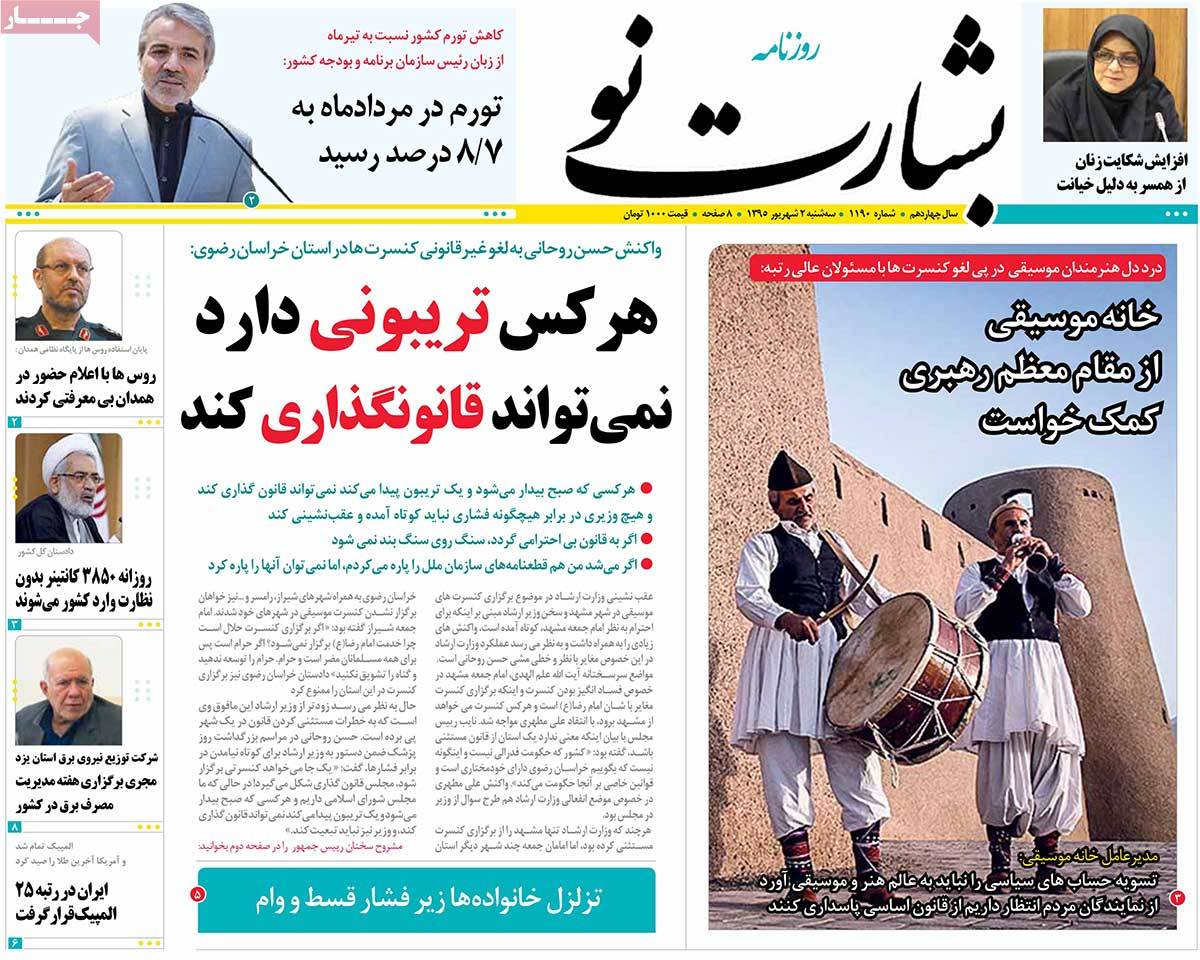 2- Russia’s Use of Hamadan Airbase Is Over: Foreign Ministry 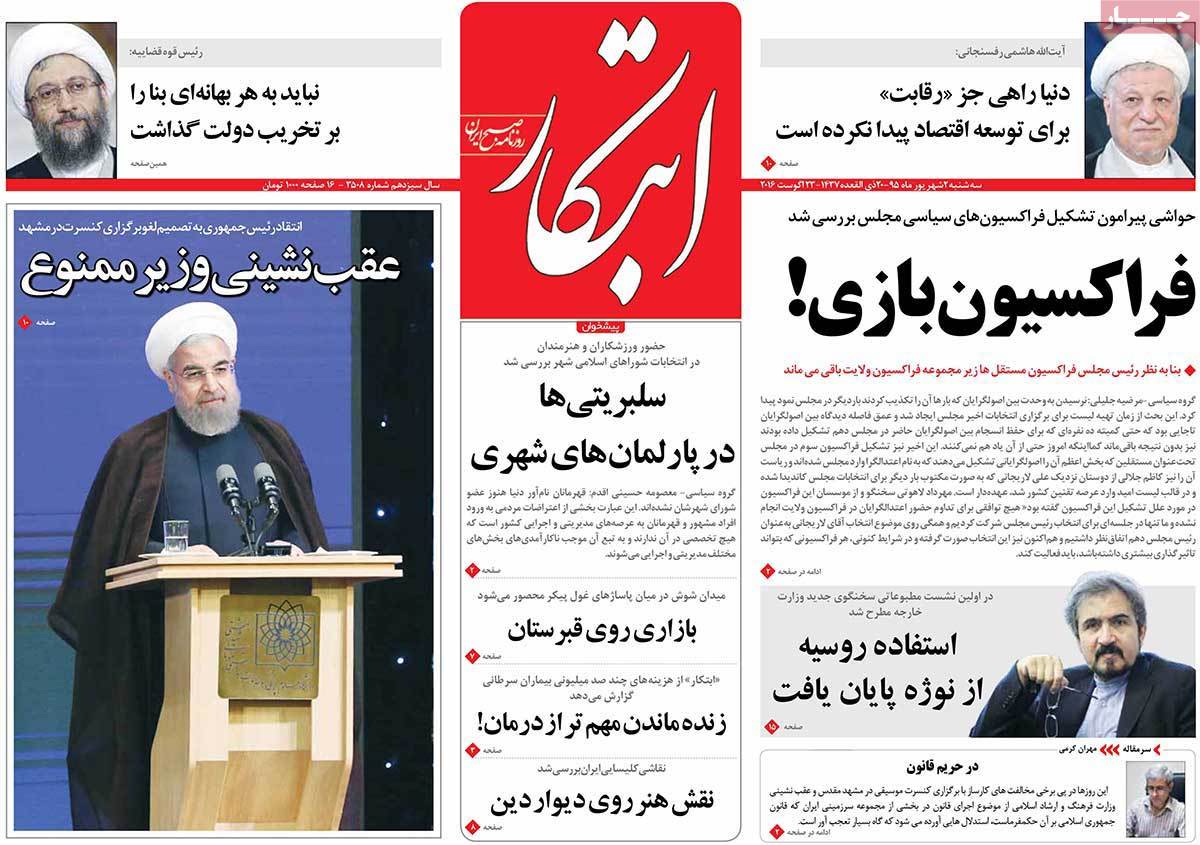 1- Zarif in Cuba: I’, Happy to Be in Havana during the Days When Commander Fidel’s Birthday Is Celebrated

2- Iran’s El Chapo Arrested: He Has Confessed to International Transit of 800 Tons of Drugs 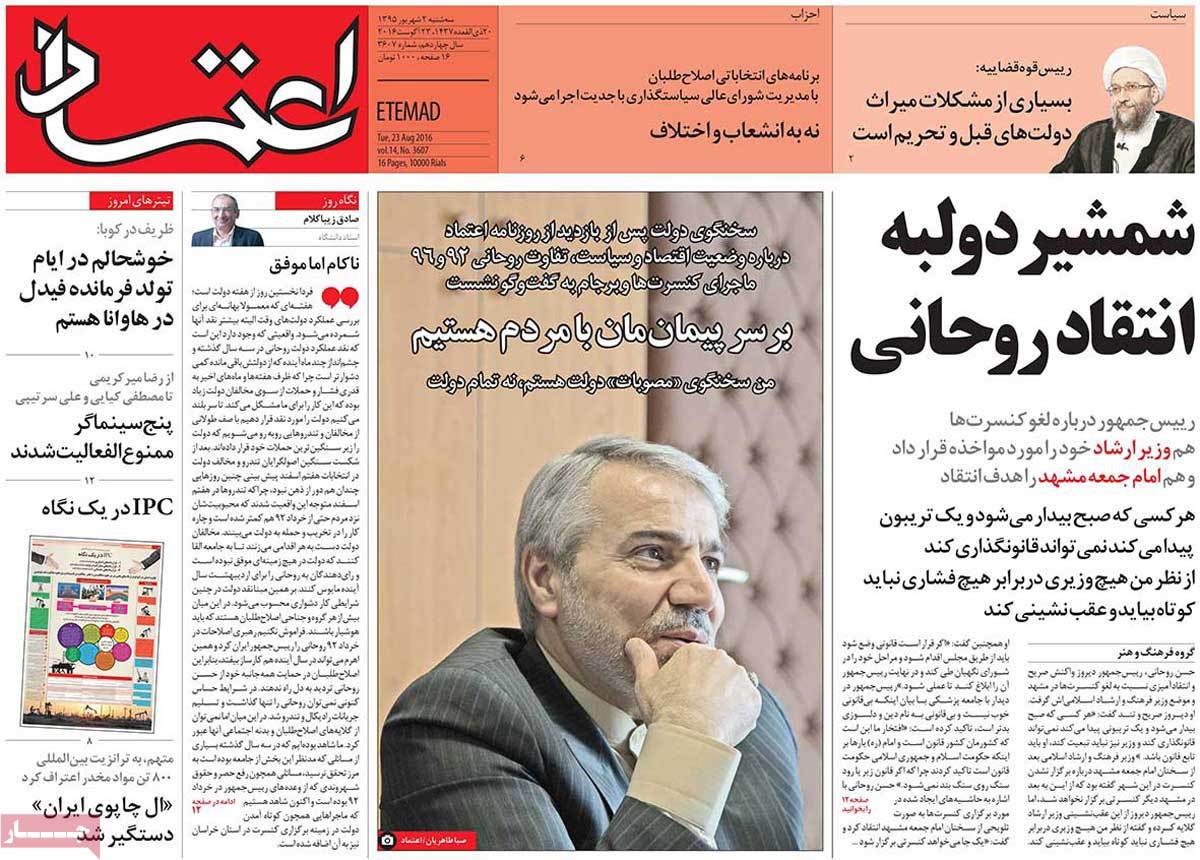 2- Every Day, 3,850 Containers and Trucks Get into Iran without Inspection: Prosecutor-General

4- Changes in Laws on Banning Bank Debtors from Exiting Iran 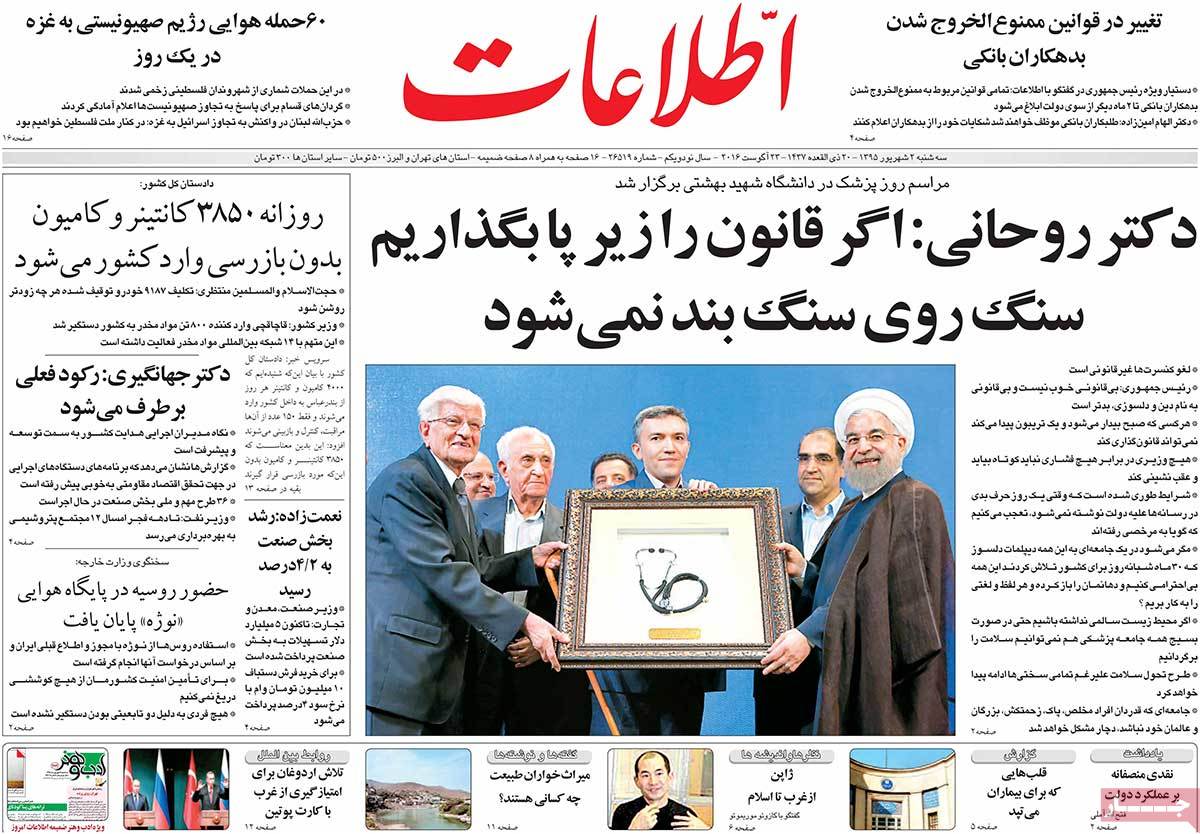 2- Zarif in US Backyard: Iran’s FM Reminds Cuban People of White House’s Violation of Its Commitments 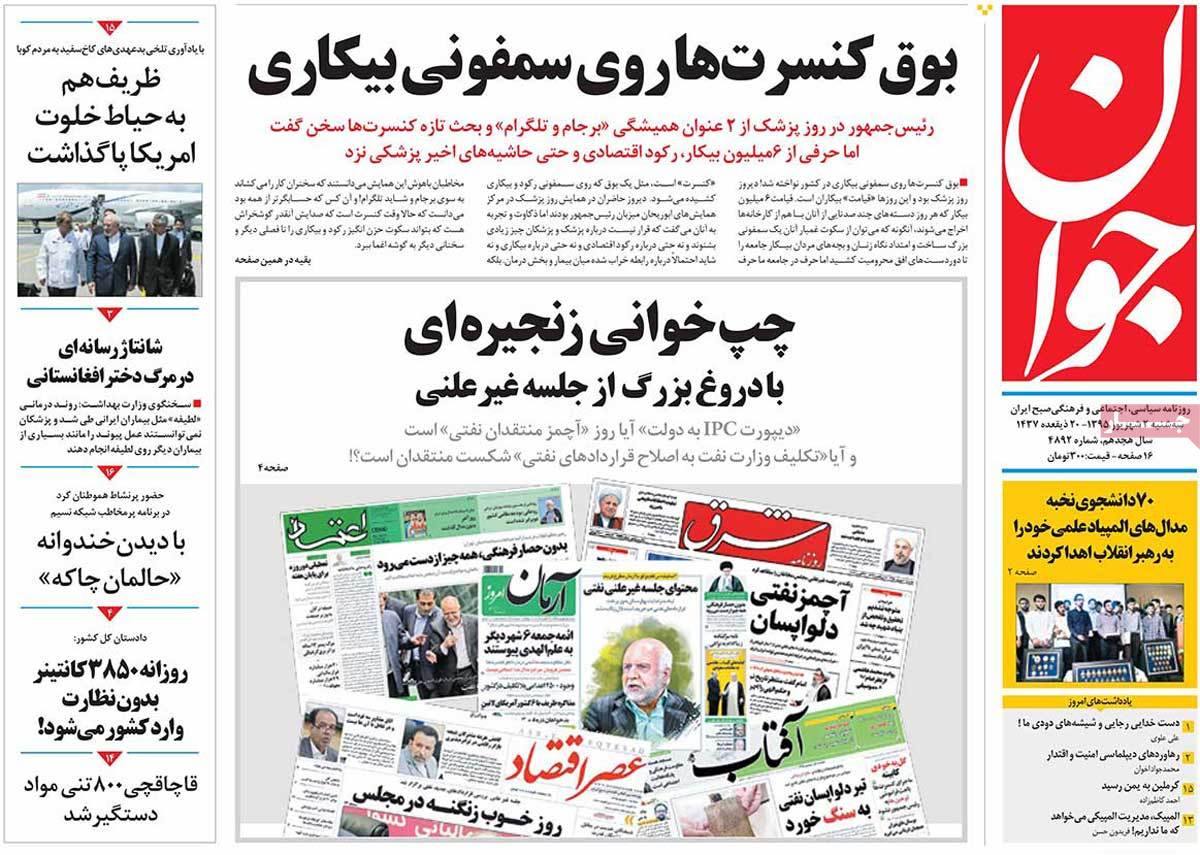 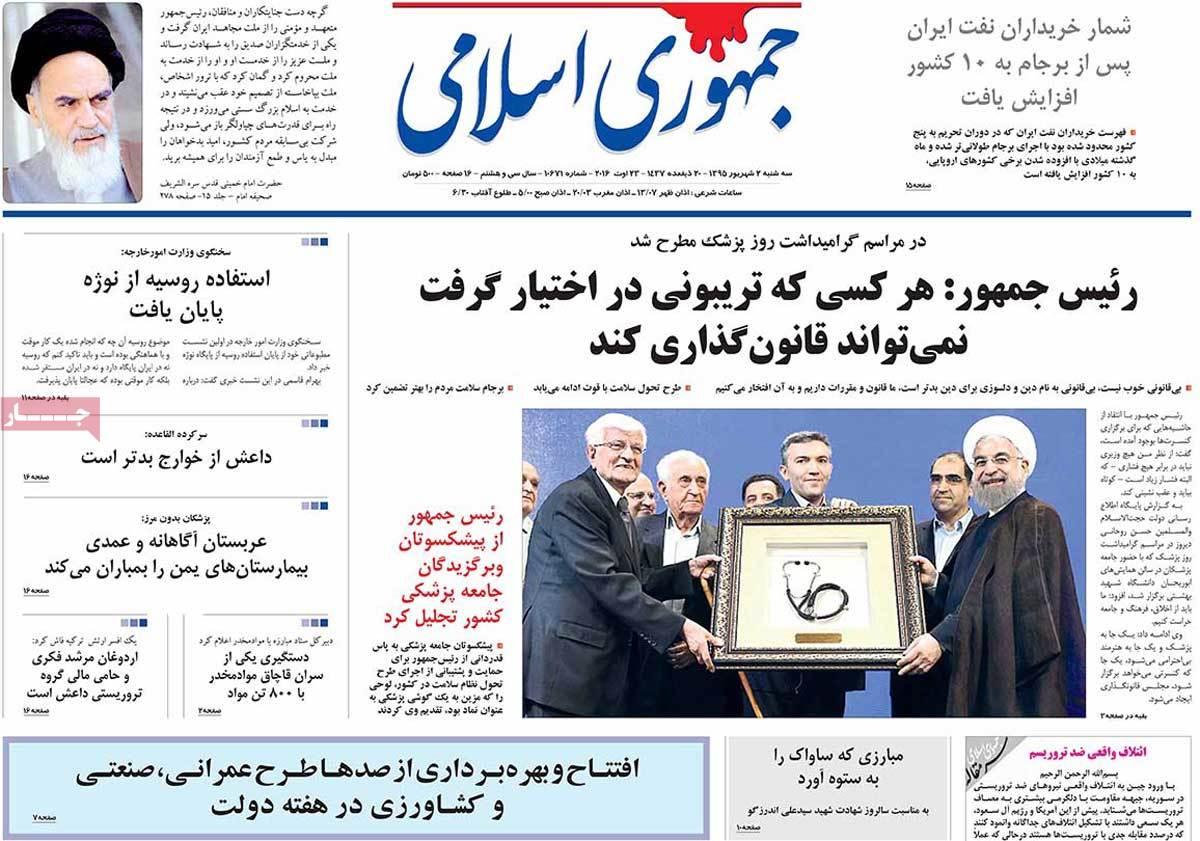 1- Job or Concert? Which One Is People’s Main Concern? Is 1% of Concerts More Important than 60% of Production?

2- Zarif: Cuba and Iran Suffering from US Hostilities 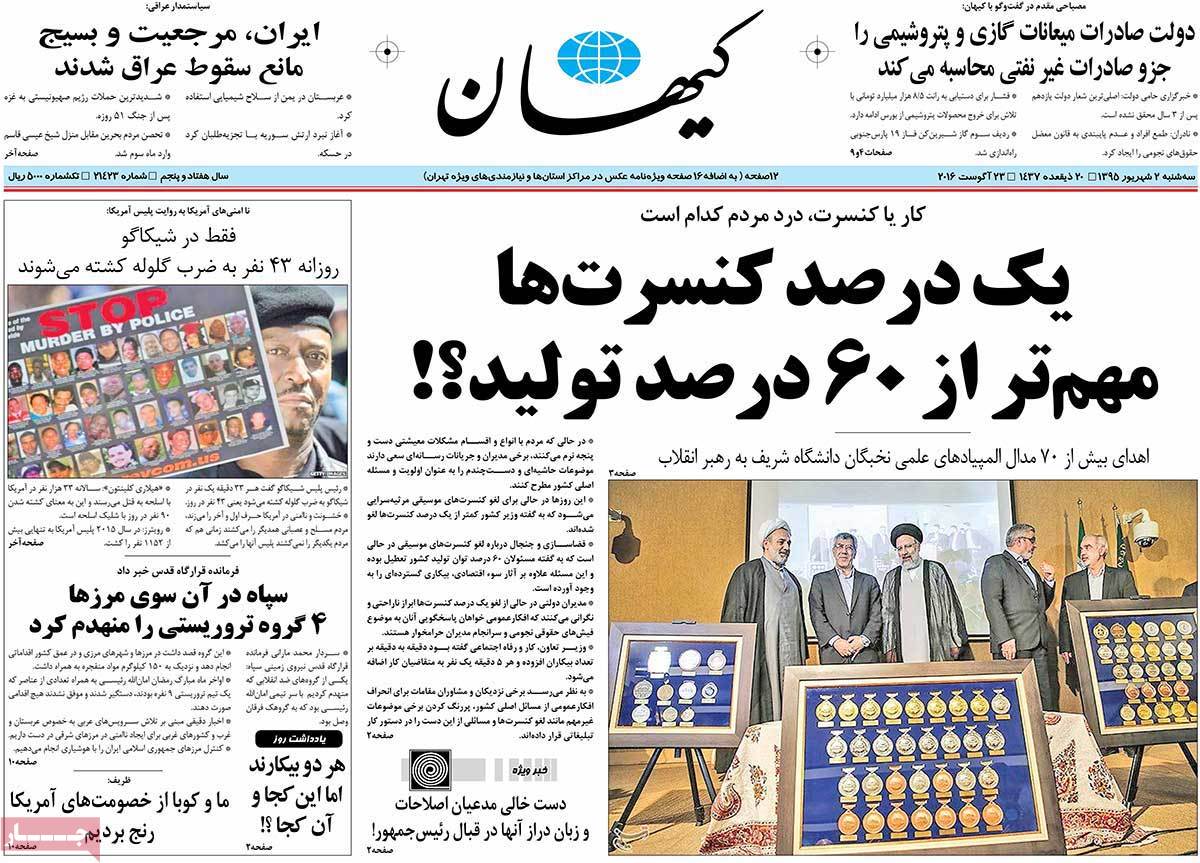 2- End of Olympic Games for Iranian Athletes with 8 Medals 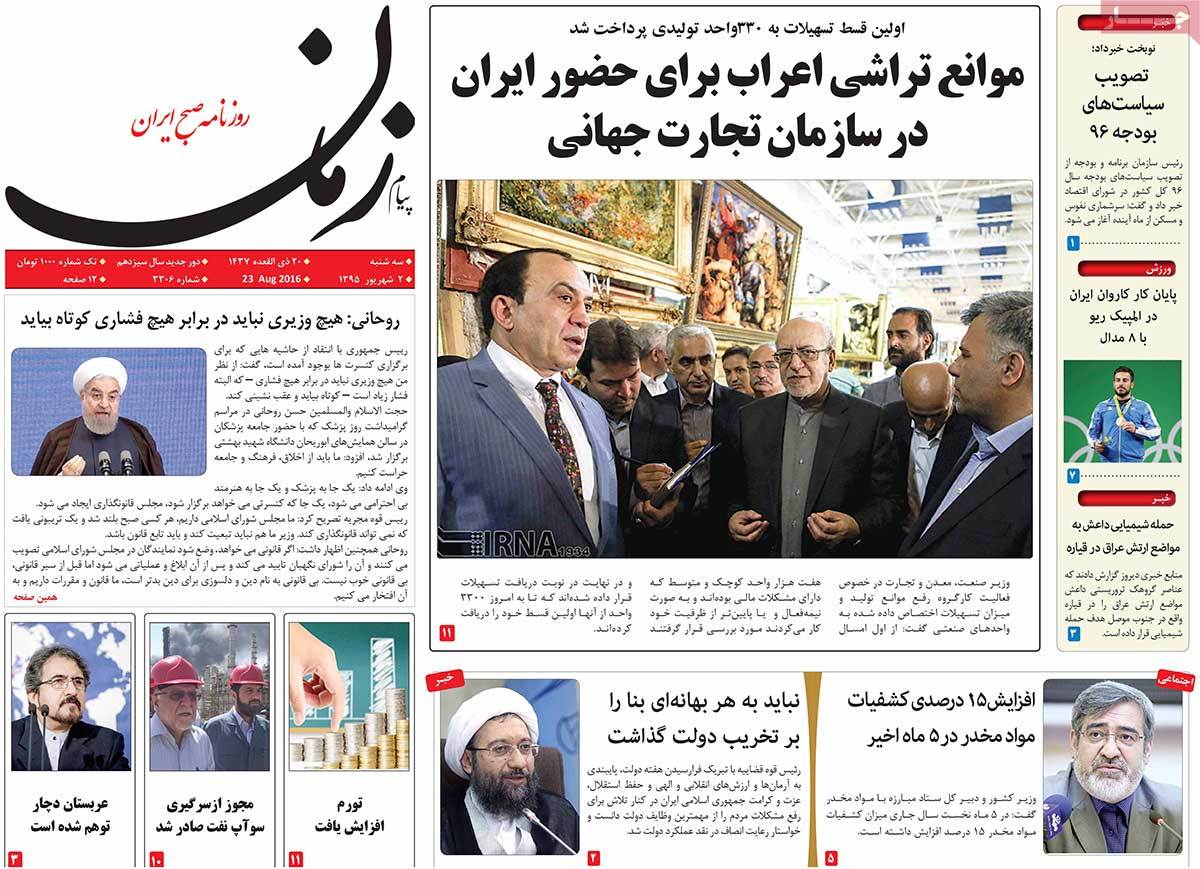 2- Cleric: Conservatives Have No Choice but Consensus for Next Year’s Presidential Elections 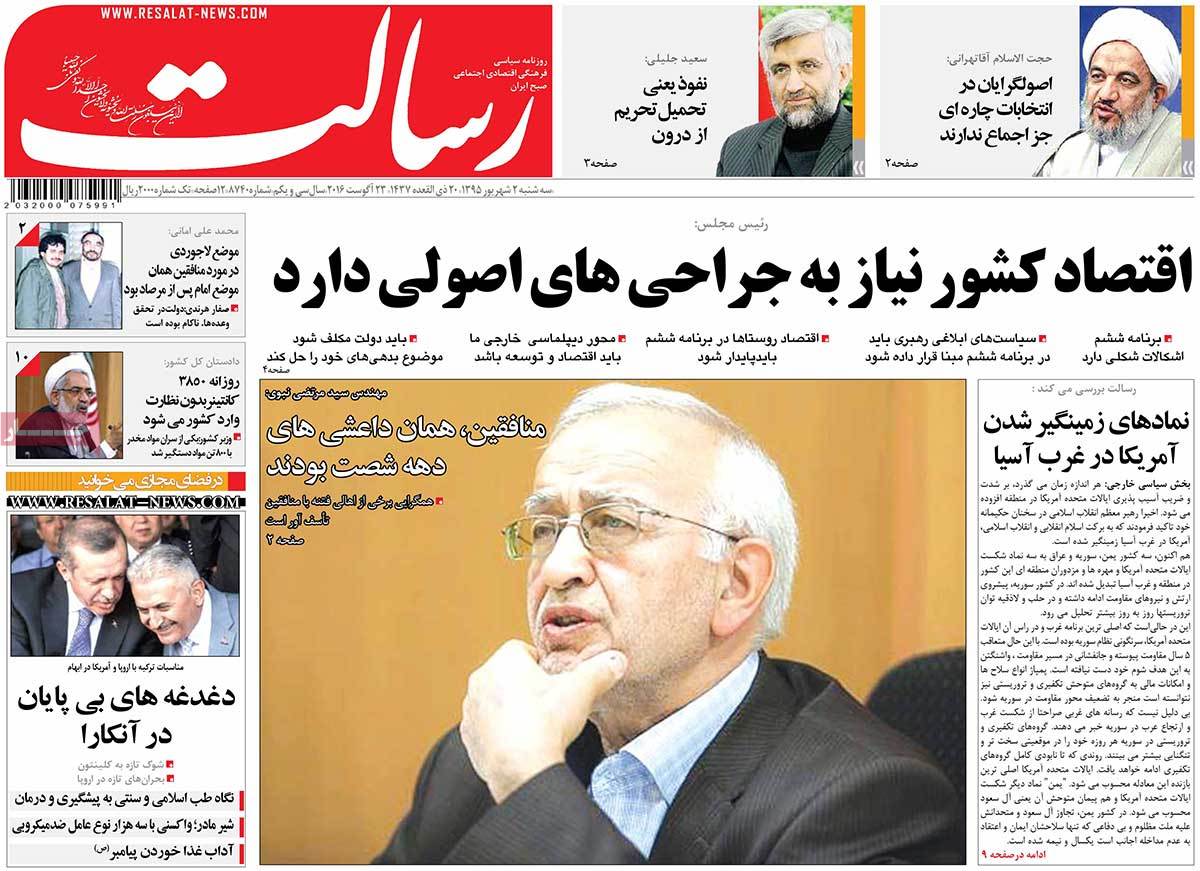 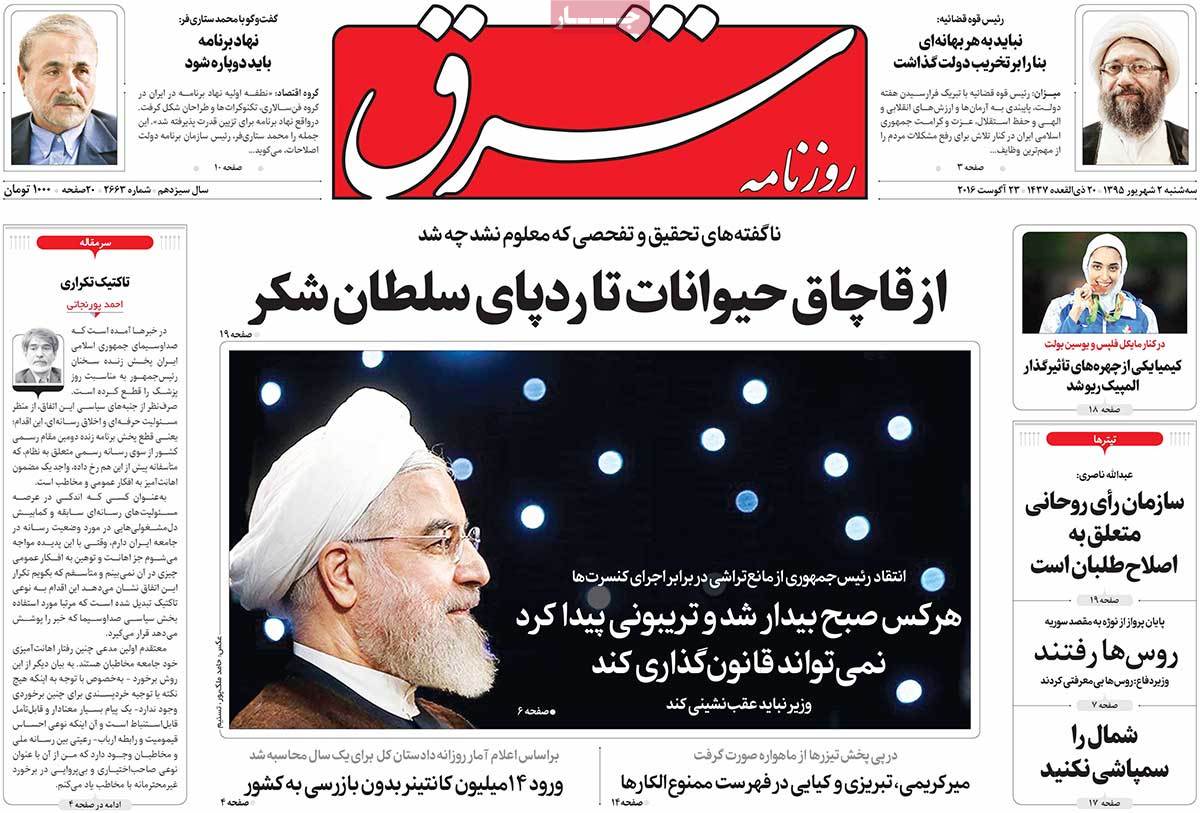 1- Economic Growth Was Achieved Thanks to Termination of Anti-Iran Sanctions: Government Spokesman

2- Health Ministr: Drug Is No Longer Smuggled through Official Routes 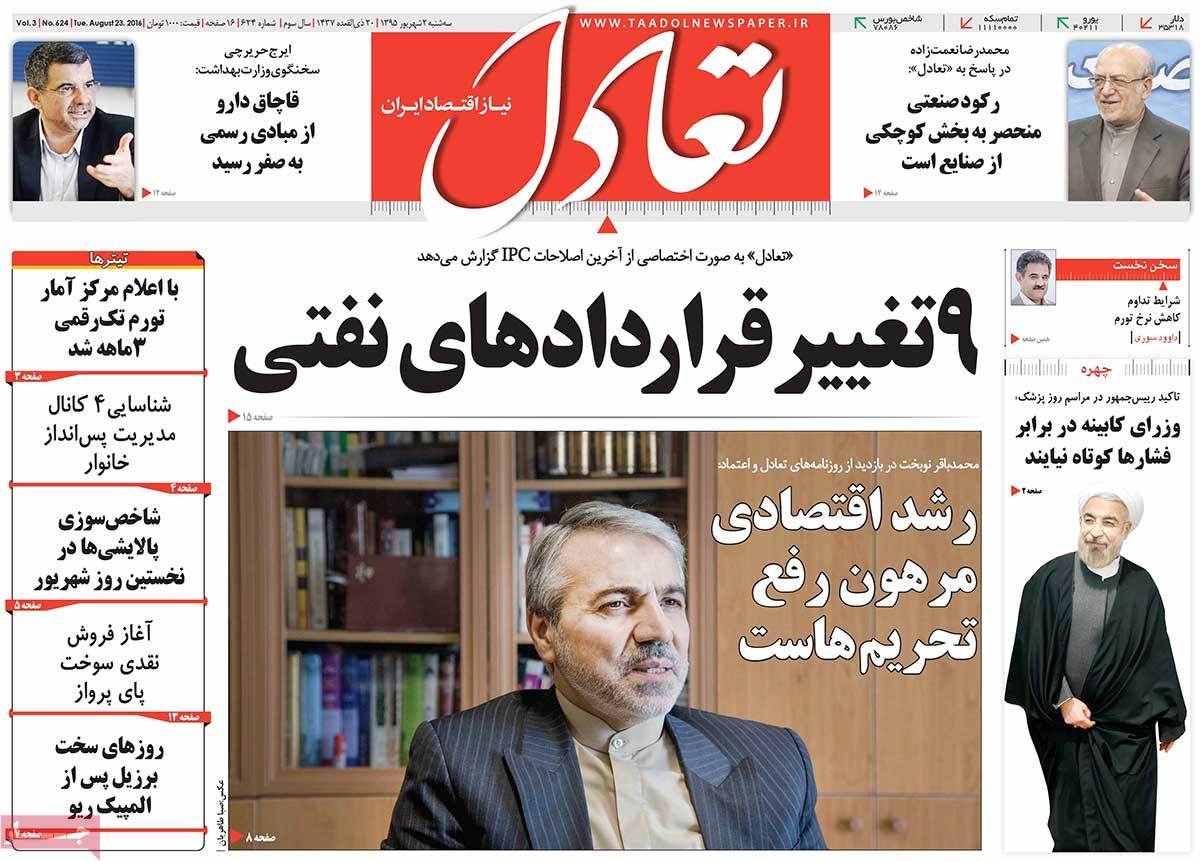