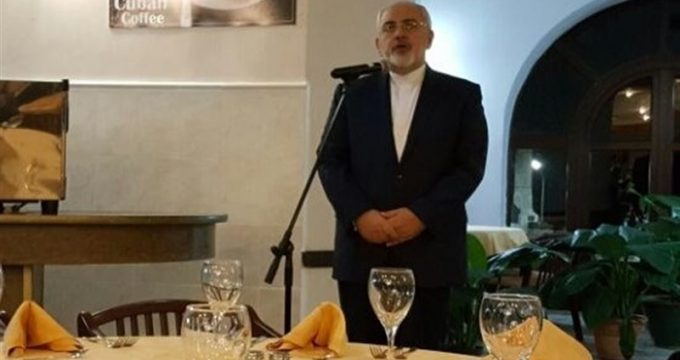 Havana, Aug 22, IRNA – Foreign Minister Mohammad-Javad Zarif addressed the first joint trade meeting of Iran and Cuba on Monday in the presence of Cuban and Iranian officials and businessmen, including the son of former Cuban leader Fidel Castro.

Cuban Minister of Foreign Trade and Investment Rodrigo Malmierca Diaz and Iranian and Cuban traders were also among participants of the meeting.

Castro’s son is more than 60 years old and fully resembles his father, and he never sits with a reporter for an interview.

Castro celebrated his 90th birthday anniversary a few days ago.

Fidel Castro ceded power to his brother Raul, due to his illness, in 2008.