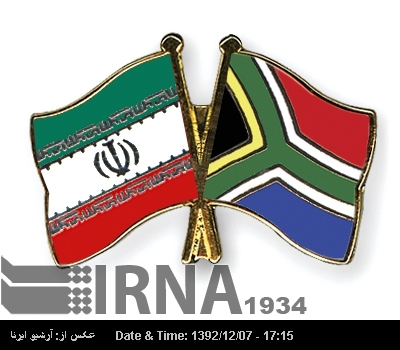 “Considering banking infrastructures problems between Iran and South Africa, I suggest establishing a joint bank by the two sides,” he told ISNA in an exclusive interview.

He highlighted Iran’s potential in agriculture, auto-manufacturing and industry, and said Iran holds good potential and situation in terms of creating joint projects between the two countries.

The South African envoy said there are still some banking problems in economic ties between the two sides, adding some mechanisms have been created to improve banking cooperation which settle the problems at national level.

He said one of the solutions is establishing joint banks between Iran and South Africa which has nothing to do with sanctions.