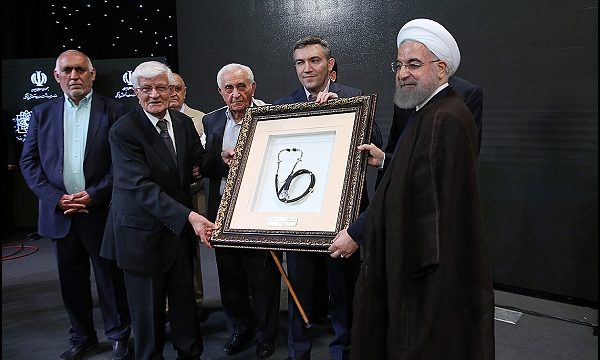 The meeting was held during a ceremony on the occasion of National Doctors’ Day that falls on August 22 this year.

At the ceremony, the country’s medical achievements were reviewed.

Also, the distinguished figures of Iran’s medical society were hailed.

Every year, the birth anniversary of Avicenna is marked as National Doctors’ Day.

He was born around 980 AD in a place near Bukhara, then part of Iran and now part of Uzbekistan. He died in 1037 AD in Hamedan, west of Iran.