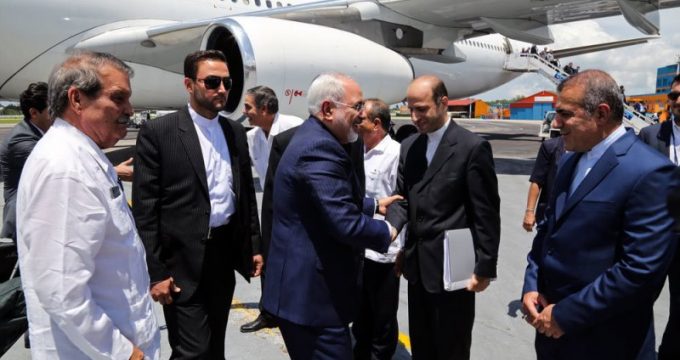 An Iranian delegation is heading to South America in hopes of capitalizing on the economic potential after the nuclear deal between Iran and the six world powers. Iranian Foreign Minister Mohammad Javad Zarif tweeted Aug. 17 that an Iranian delegation will travel to six Latin America countries in order to “strengthen political and economic ties.” This will be the first trip to Latin America for Zarif, who also tweeted the news in Spanish.

According to Deputy Foreign Minister Majid Takht-Ravanchi, a 60-person delegation consisting of business executives from the private sector will accompany Zarif. The trip will begin in Cuba on Aug. 21, then proceed to Nicaragua, Ecuador, Chile and Bolivia. The weeklong visit will end in Venezuela.

Takht-Ravanchi said the trip will be “the beginning of a new chapter in relations between Iran and Latin America,” adding, “Latin America is very important for Iran, and despite the long distance there is various cooperation in many fields.”

Iran has a good political relationship with many countries in Latin America, according to Takht-Ravanchi, who said he “does not see any major problems in expanding [political] ties.” Economically, however, he said, “There exist many areas for cooperation and joint ventures, but until now we have not been able to benefit completely from these capacities.”
Read More Here