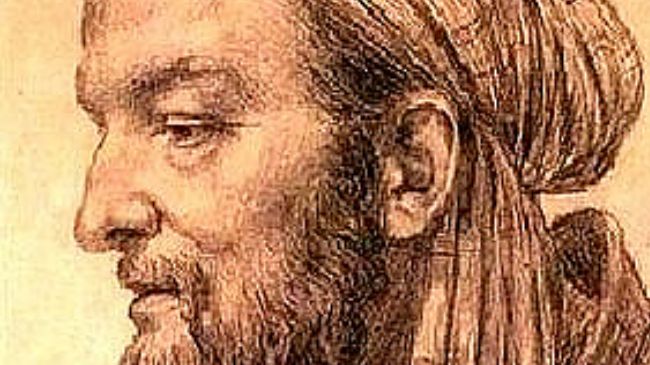 The birth anniversary of Avicenna, on August 22, is commemorated by Iranian academic and scientific centers as National Doctors’ Day.

He was born around 980 AD in Afshana, near Bukhara which was then a part of Iran and is now in Uzbekistan, and died in 1037 AD in the city of Hamadan.

He wrote some 450 books on a wide range of subjects, many of which concentrated on philosophy and medicine. His most famous works are the ‘Book of Healing’ and the ‘Canon of Medicine’, which was a standard medical text in many Islamic and European universities until the 18th century.

He wrote most of his works in Arabic, since it was the dominant language for centuries following the Arab invasion of Iran.

However, he also wrote a large manual on philosophical science entitled ‘Danesh-Naame Alai’ and a small paper on the pulse in his native language, Persian.

Among Avicenna’s 16 medical works, eight are versified treatises on issues such as the 25 signs indicating the fatal termination of illnesses, hygienic precepts, proved remedies, anatomical memoranda etc. Amongst his prose works, after the great Canon, the treatise on cardiac drugs, a large number of fine manuscripts which have remained unpublished, are being maintained at the British Museum.

The History of Medicine in Ancient Persia

The history of medicine in Iran is as old and as rich as its civilization. In the Avesta, science and medicine rise above class, ethnicity, nationality, race, gender and religion.

Some of the earliest practices of ancient Iranian medicine have been documented in the Avesta and other Zoroastrian religious texts.

During the Achaemenid era (559-330 BCE), the 21 books of Avesta encompassing 815 chapters were an encyclopedia of science consisting of medicine, astronomy, law, social science, philosophy, general knowledge, logic and biology.

It can be inferred from these books that Zoroastrians placed great importance on personal hygiene, public health and the prevention of contagious diseases.

According to Avestan texts, King Jamshid was the physician who initiated the custom of bathing with hot and cold water.

The Persians, who lived in an empire stretching from the Indus valley in the east to the Aegean Sea in the west with considerable variation in climate and vegetation, became familiar with a vast range of medicinal plants.

Avestan texts list not only the various parts of plants such as roots, stems, scales, leaves, fruit and seeds used for treatment but also indicate which plant is the remedy for each disease.

According to the Zâdspram, a Pahlavi text of the ninth century AD, there are thousands of species of medicinal plants created by Ahura Mazda for the prevention of thousands of sicknesses created by Ahriman and that the best of these plants is haoma (Vedic soma).

Haoma (Ephedra Vulgaris) is indigenous to the Iranian plateau and contains a large quantity of Ephedrine which is effective in the treatment of cardiovascular and respiratory diseases.

Rue was once a popular remedy for earache, easing shaking fits and joint pain; it was also used to disinfect the house.

Bangha, extracted from Cannabis Indica seeds, has hallucinatory effects and was used as an anesthetic.

Frankincense was used for inhalation therapy.

Aloeswood was used in the treatment of cardiac disease and irregular heartbeat.

Many modern-day Iranian herbalists use reference books inherited from generations past, and still prescribe plants such as Borage, Sweet Marjoram, Fenugreek and Chicory as treatment.

Ancient Persian physicians believed that good health is the result of the ‘right’ measure of the elements of humor, and that sickness is the product of their excess or deficiency.

The Vendidad tells of three kinds of medicine practiced; medicine by the knife (surgery), medicine by herbs, and medicine by divine words, which according to the sacred text, is the best form of the three.

This physician was in charge of the well-being of the city, preventing the spread of contagious diseases by quarantining, keeping the four sacred elements of water, wind, earth and fire free from contamination, and making sure the sanitation of houses was maintained.

Similar to modern-day pathologist/coroners, their duties included examining the dead, performing autopsies when required, the issuance of burial licenses and ascertaining the cause of death with an eye toward finding cures for future cases.

Archeological excavations in the Burnt City in Sistan have yielded skulls that show signs of surgery. Surgical procedures, difficult and dangerous even in the present time, were much more so in the past when it was not possible to properly anaesthetize patients and medical instruments were rudimentary.

The origin of herbal medicine predates the development of agriculture and cultivation in Iran, yet some believe that the ancient Persians were the first to document the properties of herbs and to use plants to cure diseases.

This physician used holy words and prayers to cure patients suffering from a sickness of body and soul which could not be cured with herbs.

Treatment consisted of verbal communication, the reading of poetry, listening to music and the recitation of prayers, including ones from the holy books of other nations, which were designed to console and heal the patient.

Avestan texts tell of consultation among the surgeons, herbalists and psychiatrists which indicates a form of medical association at the time.

Referring to a foreign physician when a Persian one was at hand was considered a sin, and a physician’s fee for service was based on the patient’s income while the fee for treating a priest was his pious blessing.

The first physician as documented by Avestan texts was Vivangahan, followed by Abtin, Atrat and Purshaspa.

Mani, Roozbeh, and Bozorgmehr are among the other notable Persian physicians named in the Avesta.

Credit for the establishment of hospital and training system must be given to the ancient Persians, as they founded the first teaching hospital in Gundishapur where medical students practiced on patients under the supervision of physicians.

The international university, founded in 271 AD by Shahpour I, was a center of learning and study in the fields of science and medicine.

The age-old school is still a center of knowledge in Khuzestan Province in southwestern Iran.

Gundishapur, mentioned in Ferdowsi‘s (935 – 1020 AD) eternal epic Shahnameh (Book of Kings), was located near the city of Susa.

It was an important cultural and scientific center of the Sassanid era (226 – 652 AD) and scholars from various countries, one of whom was Diogenes, studied different fields including medicine at the university.

The library of the university known as the ‘city of Hippocrates’ consisted of eight floors and 259 halls containing an estimated 400,000 books.

The university was a gathering place for great scientists and physicians from all civilizations of the ancient world, a breeding ground for ideas and innovations.

Gundishapur physicians were required to pass special examinations to obtain a license for practicing medicine.

This well-organized medical institute was operated by a director, medical staff, pharmacists and servants, and upon its portal was engraved “knowledge and virtue are superior to sword and strength.”

The Sassanid ruler Khosrow Anushiravan (531 – 578 AD) who took an interest in the school and the advancement of medicine sent the Iranian physician Burzuyah to India to obtain medical and scientific books and translate them into the Pahlavi language.

In 550 AD, the world’s first medical conference was held on Anushiravan’s order in Ctesiphon. Hundreds of Mobeds and physicians from Persia and other countries attended this congress, a historical event which Ferdowsi versified in Shahnameh.

Gundishapur scholars and graduates were appointed to important governmental positions. The minister of health (Iran Dorostbod) was chosen from among the best physicians, and the minister of education (Iran Farhangbod), was an accomplished scholar of philosophy, logic, mathematics or psychology.

Iranian medicine, which combined medical traditions from Greece, Egypt, India and China for more than 4000 years, became the foundation of the medical practices of European countries during the 13th century.

Among the torchbearers of ancient Persia’s scientific heritage are Mohammad Zakaria Razi, Abu Nasr Farabi, Omar Khayyam and Avicenna, who used this knowledge to make further discoveries of benefit to all humankind.

Razi, known in the West as Razes (865-925 AD), considered the father of pediatrics and a pioneer of neurosurgery and ophthalmology, discovered and refined the use of ethanol in medicine.

Farabi also known in the West as Alfarabius (872-951 AD), is noted for his contributions to psychology. He wrote the first treatises on social psychology.

Avicenna (980-1037 AD), a prolific genius, introduced systematic experimentation into the study of physiology, experimental medicine, evidence based medicine, clinical trials, risk factor analysis, the idea of a syndrome and contributed to clinical pharmacology and neuropsychiatry.

Khayyam (1048-1131 AD) was a renowned astronomer who contributed to mathematics and calendar reform.

These outstanding scholars are among the many whose names will forever shine in the history of medicine and science and will always be revered by the Iranian people.