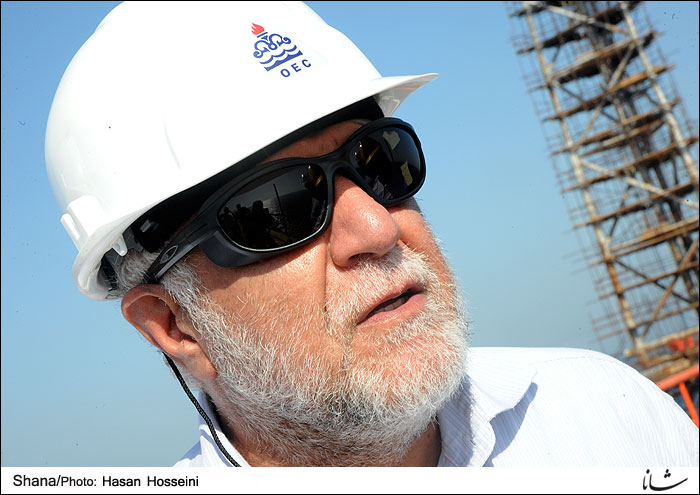 TEHRAN, Aug 21 (Shana) – Minister of Petroleum, Bijan Zanganeh, said on Saturday that Iran exports 13 to 14 million liters of gasoline a day and has the capacity to raise the level to 20 million liters in the future.

Speaking to News Network of the Islamic Republic of Iran Broadcasting (IRIB), Zanganeh said Iran welcomes and supports crude swap as many Russian companies have raised the offer.

He said in the first phase, Iran has the capacity for 150,000 barrels per day of oil swap.

“Oil swap will encourage business and Iran’s oil will enter the world markets,” he added.

On recent fields in the petrochemical facilities, he pointed to certain failed privatization policies and cut of feedstock to the petchem companies not observing the HSE mandates, and said petrochemical production units should embark on necessary repairs on time as professional directors should undergo necessary training.

He then focused on the South Pars joint field and said late this year or early next year, Iran will be able to extract gas as in the level of Qatar.

He hoped that phases 18 and 19, 20 and 21 will be in operation. “Once the phases come on-stream, gas production from South Pars joint field will reach 500 million cubic meters or a little bit more than the figure. Late this year or early next year, we will reach the level of daily gas extraction of Qatar; in combination, Qatar has extracted gas more than twice than Iran and this is the part that we have lost. It should be born in mind that in implementing a project, time is as important as money and capital.”

For delays in the South Pars projects and other projects, the NIOC has more than 50 billion dollars of debts.

He said after the Joint Comprehensive Plan of Action, a more-than-one-million-barrel increase was observed in export of crude.