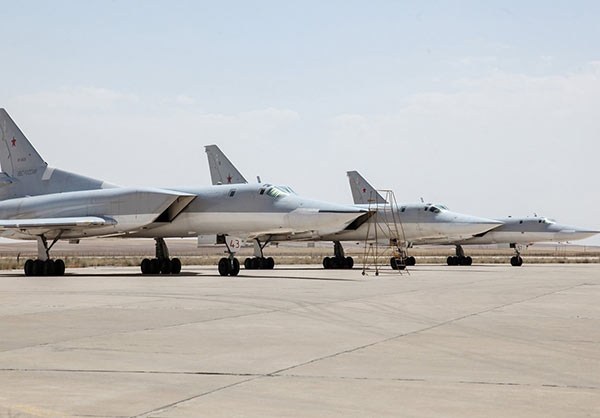 TEHRAN (Tasnim) – A senior Iranian lawmaker rejected the notion that presence of Russian military jets in an Iranian airbase violates the Constitution, reiterating that the warplanes use the base only for refueling.

Speaking to Tasnim, Chairman of the Iranian Parliament’s National Security and Foreign Policy Commission Alaeddin Boroujerdi said Article 146 of Iran’s Constitution prohibits the establishment of any kind of foreign military base in Iran, even for peaceful purposes, but noted that the Russian jets only use Iran’s air space and land in the Nojeh airbase near the western city of Hamedan for refueling.

He also described it as part of cooperation among members of a coalition involving Iran, Russia, Iraq and Syria in the fight against terrorist groups in Syria.

On Saturday, Defense Minister Brigadier General Hossein Dehqan said the Russian aircraft fly to the Iranian airbase to be either refueled or get reloaded, noting that they use the base for more effective operation against terrorist groups in Syria.

Dehqan also ruled out any plans for permitting Russian jets to use Iranian bases other than the Nojeh airbase at the moment, but noted that they can keep using the airbase as long as necessary.

Meanwhile, Russia’s aerial support for the Syrian forces since September 2015 has given fresh impetus to the fight against the foreign-backed terrorists.

Iran has also remained a close ally of Syria and supports its legitimate government in the face of militancy.