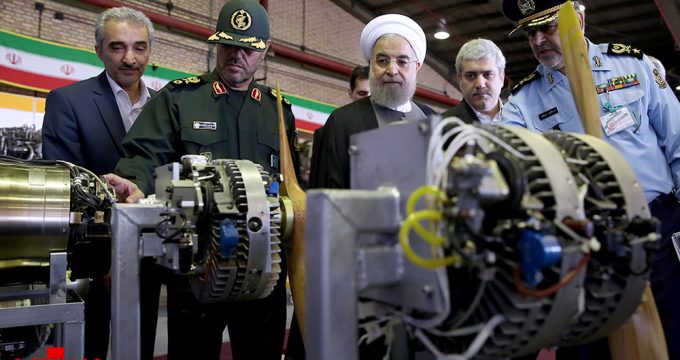 TEHRAN, Aug. 21 (MNA) – Hassan Rouhani of Iran has told a ceremony on Sunday Iran has occupied a high moral ground by showing the world that it had not been seeking nuclear weapons.

President Rouhani addressed the ceremony to mark National Day of the Defense Industry where he believed that Iran had not been seeking chemical weapons, an allegation by the world of imperialism which was belied by Iran’s purity in the case of PMD when a historic visit by Amano to Iran’s nuclear facilities exculpate Iran of all allegations made; “despite pressures and sanctions, we have been triumphant in the case and now the international community faces a verdict by the IAEA that closed Iran’s case for the time being,” he rejoiced to tell the ceremony. “Leader’s fatwa (religious decree) categorically rejected procurement and stockpiling of any WMD including chemical weapons, and Iran acted according to this ban; in Parchin as well, Iran had been as honest as possible and did not seek to deceive the IAEA and international community.”

“Post-JCPOA times have been totally different for country’s defense industry and the authorities would feel these changes the best and in the most concrete level; now, Iran is in a place to close the gap with the world in terms of shortages in weapons and military industry; we have taken huge leap forward by plane jet turbo engines and have been piling technical know-how on manufacturing aircrafts,” Rouhani said. “Despite the difficult times, the government managed to hit a positive growth rate in economy and improved budget of defense section; our national strength provided the leverage for us in negotiations; defensive capabilities gives us upper hand in the region.”

Rouhani also touched the issue of neighbors where he said that Iran had been supporting their neighbors in the time of crisis, especially in Iraq and Syria, to imply that the regional hegemony was more of a benign approach to the region than seeking dominance; the last but not the least of Rouhani’s address was S-300 missile system which he believed was bewildering to the world who were beholding deploying of the advanced system in Iran; “since 1989, Iran had been negotiating for the missile system and now all efforts provides yields when we have the system deployed fully in our military grand design; now, we are in a place to build, sell, or buy needed weapons,” he concluded.