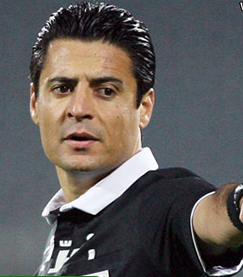 In the match has been scheduled to be played on Saturday, Faghani will be assisted by his countrymen Reza Sokhandan and Mohammadreza Mansouri.

“I am so happy to be chosen as the final referee. It’s a great honor for our country. I will do my best in this match,” Faghani said.

Two years after an unforgettable FIFA World Cup semi-final, from which the Germans emerged victorious 7-1, Brazil will now have a chance to gain some semblance of revenge at the Maracana, where they will lock horns with Horst Hrubesch’s charges in the gold medal match.

That same day, Honduras and Nigeria will battle it out in Belo Horizonte for the consolation prize of a bronze medal.