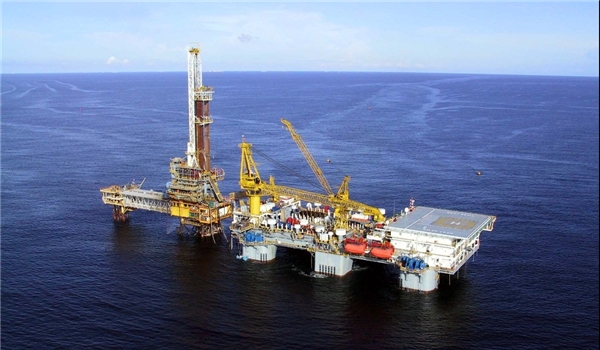 Many oil fields and gas reserves extend from one country to another beneath their common boundary in such a way that the deposit can be extracted, wholly or partially, by one side or the other.

It is unfortunate that there is an absence of international legal framework requiring unitization between the two neighboring countries on exploiting such cross-border deposits.

And this is applicable to the world’s largest gas field which Iran shares with Qatar in the Persian Gulf.

Although there is no international law instructing the governments to unitize on exploiting the joint deposits, there are already some unitization treaties and joint development agreements between countries that share such reserves.

These treaties and agreements create the framework for the development of the reserves that straddle the border between the two sides. The first such treaty was concluded in 1976 between Britain and Norway on exploiting joint deposits in the North Sea.

In case of Iran-Qatar joint gas field, competition between the two countries on exploiting the field, under the condition of no unitization treaty, puts the long-term interests of both sides at risk, as it hinders the field’s optimal dynamic extraction (the optimal rate at which a non-renewable resource should be exploited).

During that period, just in 2005, Iran reached the same amount of production as Qatar.

And also in 2015, Qatar extracted gas twice as much as Iran.

Ali-Akbar Sha’banpour, the managing director of Pars Oil and Gas Company, which is in charge of exploiting the field in the Iranian side, said in late April that Iran produced 132 bcm of gas from the joint field  in the past Iranian calendar year (ended on March 19) which was equal to 75% of Qatar’s production.

The increase came mainly from inaugurating three development phases of South Pars including phase 12 (in March 2015) as well as phases 15 and 16 (in January 2016).

South Pars, Iran’s part of the joint field, is divided into 24 standard phases, of which phases 1-10, 12, 15 and 16 are fully operational. Each standard phase is projected to produce 50 million cubic meters of gas per day. Phases 17 and 18 as well as 19 are operating at half capacity.

Sha’banpour said that Qatar has already extracted gas from the field twice more than Iran.

Although, he believes that Iran will catch up with Qatar by the end of the current Iranian calendar year (March 20, 2017) once five development phases of South Pars (including phases 17, 18, 19, 20 and 21) become operational.

Saying that Qatar’s annual production from the field has been fixed at 177 bcm over the past three years, the official opined that Qatari developers are now mostly focused on the maintenance of their activities rather than speeding up production, the condition that supports Iran reaching its Persian Gulf neighbor’s level of production.

Azizollah Ramezani, the director for international affairs of the National Iranian Gas Company (NIGC), told the Tehran Times that as Pars Oil and Gas Company has already fulfilled all of its commitments regarding development of South Pars, it will also fulfill its planning for inaugurating the five mentioned phases by the yearend, especially given that they have no financial limitation at the moment.

Although, Mohammad-Sadeq Jokar, the senior energy expert in the Institute for International Energy Studies (IIES), believes that completion of these phases may not come true by the end of current calendar year, but it will be fulfilled in the next year.

He also told the Tehran Times that given technical and marketing considerations, Qatar has no plan currently to speed up its production from the field.

He said even Iran can catch up with Qatar during the scheduled time, it will be just a momentary equal production, while Qatar has started production from the field many years sooner than the Islamic Republic and they have already extracted gas considerably more than Iran.

The senior oil expert opined that anyway, Iran will catch up with Qatar or even outrun it in exploiting the field; the fact is that if each side considers no limitation in extraction and it will lead to a competition between them, the result will be nothing rather than endangering the field’s optimal dynamic extraction which will be detrimental to the interests of both sides.

He concluded that although Iran and Qatar did not come to a unitization agreement over extracting from the joint field before starting exploitation in their sides, they should now adopt policies more adjusted with each other for a logical extraction to preserve the deposit and also their bilateral interests.

This article was written by Mahnaz Abdi for Tehran Times on Aug 17, 2016.