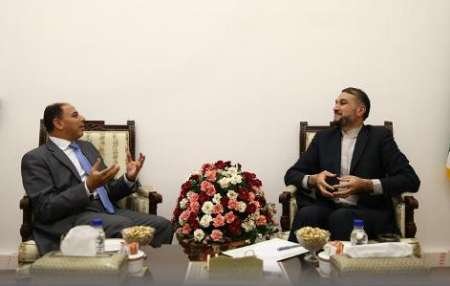 “Parliamentary diplomacy can effectively help develop the cooperation between the two nations as well as promotion of mutual understanding for addressing regional and international issues,” Iranian diplomat added.

He also wished success for Emara, whose tenure has come to an end in Iran.

Khaled Emara, for his part, pointed to his good memories during mission in Iran and said “I always tried to cooperate with Iranian friends and colleagues to resolve issues between the two countries and nations and to bring them as close as possible.”

Pointing to Iran’s position in the region, Emara said that increasing consultations between officials of the two countries could effectively improve regional situation.

Pointing out potential for bilateral cooperation, he also expressed hope for strengthening and development of parliamentary ties between Iran and Egypt.