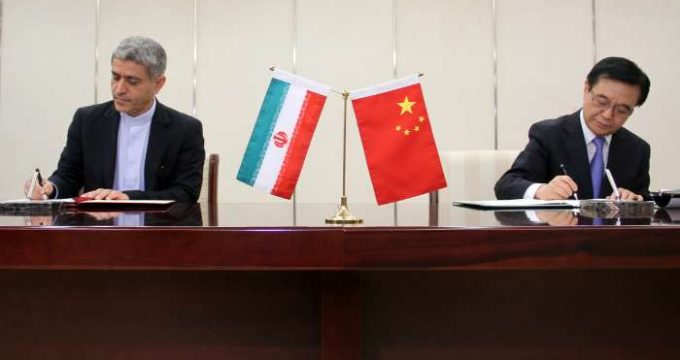 Beijing, Aug 17, IRNA – Heads of 16th Iran-China joint commission on Tuesday stressed removal of obstacles on the way of bilateral ties between the two countries.

Iranian Finance and Economic Affairs Minister Ali Tayyebnia underlined in the commission meeting that Tehran is ready for enhancement of all-out ties with Beijing particularly in the field of economy.

Referring to the opportunity of removal of sanctions, he called for facilitation of banking relations between Tehran and Beijing.

Financing projects, cooperation in energy, railroad and power plant sectors as well as One Belt, One Road initiative were other topics raised in the meeting, the official added.

Chinese Minister of Commerce Gao Hucheng hailed removal of Iran’s sanctions and said that Beijing has increased oil import from and direct investment in Iran.

China is ready for more cooperation with Iran in fields of energy and oil, he added.

Tayyebnia and Hucheng signed a Memorandum of Understanding on the sidelines of the 16th Iran-China joint commission.