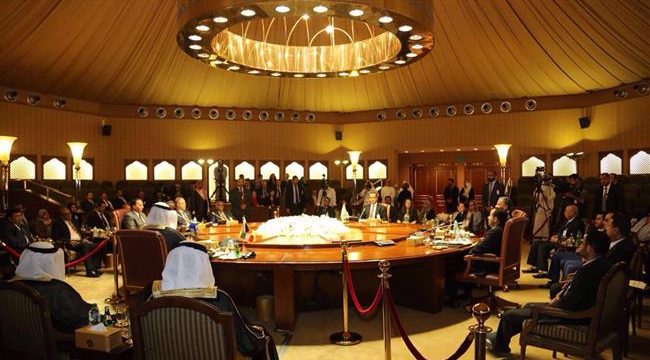 What behind recent intra-Yemeni agreements?

Alwaght- Yemen’s Ansarullah movement and other popular Yemeni groups including General People’s Congress following lengthy negotiations with the opposing sides have concluded that the talks could not yield the favorable results for the Yemeni people due to illegal interventions of Saudi Arabia along with other regional countries, and biased stances of the UN. So they saw that continuation of the peace talks could mean making ground for Saudi Arabia and other reactionary Arab regimes in the region– and the West in a bigger picture– to intervene in foundation of a new political system in Yemen.

Saudi Arabia, Kuwait, the UAE, and the Western parties aimed to achieve by political talks what they couldn’t achieve by a full-scale war on Yemen and so to pave the way for a pro-foreign countries government in Yemen. This means disregarding the right and role of people of Yemen in building a fresh political system for their own country. Therefore, the key groups in Yemen ended up thinking that they needed to reactivate the peace negotiations that were started and then halted in March 2015, namely before the Saudi-led aggression against Yemen.

In fact, establishment of the Supreme Political Council in Yemen aimed at forming a temporary administrative authority that in addition to administration of the current affairs of the country and filling the vacuum which appeared after the country lost its government would prepare the grounds for building a democratic political system that addresses the popular demands. The foundation of the Supreme Political Council by Ansarullah and General People’s Congress won support of other groups and parties. The new political entity within three weeks arranged for holding the first session of the parliament after the Saudi-led war on the country. Both forming the Supreme Political Council on 28 July and holding the parliamentary session on 11 August signaled that Yemen regained its key authorities, namely the parliament and a governing authority that in addition to filling the political vacuum would nullify the other puppet political bodies that the Arab countries try to legitimize and impose on the Yemenis. Furthermore, this move delegitimize the resigned president of Yemen Abd Rabbuh Mansour Hadi, who is currently in Saudi Arabia, and his loyalists. Even more, this is a right and legal measure to allow the Yemenis follow their political goals, realize their uprising objectives, and firmly stand in the face of pressures of Saudi Arabia and the West to impose their demands on Yemen.

We can see the case from another perspective: the formation of the Supreme Political Council and holding the session at the parliament would destroy any pretexts for intervention in the Yemeni internal affairs. These steps discredit any effort and policy to found puppet political bodies for Yemen, as at the same time the make the Yemenis optimistic that they could form their own favorable political structure.

The analysts assure that this is the only mechanism that can remove Yemen from the deadlock it is in presently.

According to the international principles, the political system of any country must be built by people of the country and not by the neighboring powers. On the other side, moving within this course can eliminate any claims of illegality of the decisions made by the Yemeni groups and also claims about them being authoritarian groups. It, in fact, buys them credit and legitimacy. In other words, with this move the Yemenis have force-stopped an Arab and Western-sponsored government building process in Yemen, and prepared the ground for forming a national unity government tasked with protecting the national interests and administering the country’s affairs. This objective has a slew of impediments ahead, however. Because on the one hand Saudi Arabia fears to see establishment of an Islamic democracy close to its borders and on the other hand the West is worried to observe such a government next to the Bab-el-Mandeb Strait. But in the long run, this is the only acceptable, logical, cheap, and privileged way for the Yemeni people to cross the devastating crisis.

It must be taken into consideration that during the past five years Riyadh has gone to great lengths to block ways of formation of an Islamic democracy in Yemen. The Saudi moves included supporting the takfiri groups, spurring sectarian and ethnic divisions, launching aggression, pressing the UN to turn a blind eye to the kingdom’s crimes against the Yemenis, and the very latest of them is backing the sly peace dialogue in Kuwait. Saudi Arabia not only in all of these pathways was met with failure but also its policies made the Yemeni people develop more aversion to Riyadh. As a result, the discontent began to show face inside Saudi Arabia itself, particularly inside the army. It could stir a domestic uprising against the government. So, Saudi Arabia and its reactionary allies in the region cannot further continue their interventionist policies in Yemen after five years of ongoing failures.