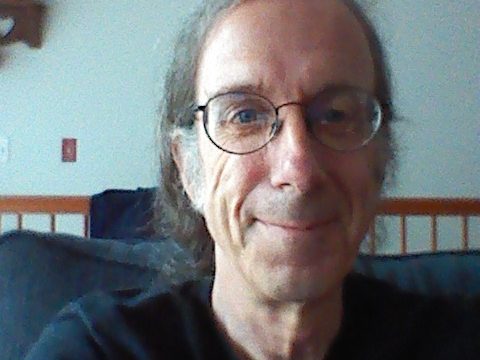 What do Franz Fanon and Algerian Revolution represent for you?

Frantz Fanon is to me an anticolonialist writer who, perhaps more than any other writer familiar to me, explains the nature of European and US colonialism and imperialism and its effects on the colonized and the colonizer.  When using his writings as a viewfinder, I am able to understand the psychological meanings of imperialism and the resistance to it.  This applies to situations overseas and in what the Black Panthers and others called the internal Black colony in the United States.

Did you know that Kamel Daoud was in an Islamist maquis of the GIA (Armed Islamic Group) in Algeria in the 90s? How do you explain that a former Islamist terrorist such as Kamel Daoud have as much success in the West?

I did not know that Daoud was a member of the GIA.  I can not really explain his success in relation to his membership in the group, except to say that perhaps it is because he is a former member partially explains it.

In the case of Kamel Daoud, does it need to be a terrorist and a revisionist who denies the sacrifice of his people and who glorifies a colonialist writer as Albert Camus to be recognized by the West? Boualem Sansal, another “Algerian” writer, betrayed and insulted the Algerian revolution and our martyrs while selling his soul to Israel.Denial and betrayal can they be weapons for an opponent or a dissident? Isn’t Kamel Daoud the literary bastard of Albert Camus and Boualem Sansal?

I do not see Daoud’s book as glorifying Camus.  Instead, I understand it to be a response to Camus book L’Etranger that addresses the subtle and not so subtle psychological imperialism of the novel—as discussed in the works of Fanon.

Why, in your view, does the West need Islamic terrorists, not only as a Trojan horse to destroy countries like ours (Libya, Syria, Iraq, and Algeria before all other countries) in the creative chaos of the neocons, but by making some of them celebrities and models of cultural and media world?

This is an interesting question.  I think the easy answer is that the West needs Islamic terrorists because they provide a simplistic enemy that allows them to wage war whenever, wherever and however they wish to.  The reason I say this question is interesting is because of your portrayal of certain terrorists as celebrities.  I have never perceived them in this way, but when one considers the amount of media time certain of these individuals receive, it is true—they are celebrities.

What remains of the epic struggle of the movement for civil rights in the United States?

The struggle for civil rights in the United States is at an impasse.  Despite the fact that all people are guaranteed equal protection and opportunity under the law, there exists some very real and persistent lack of both.  It is my understanding that this exists because of the very nature of the US economic system.  It is a system that was founded in the enslavement of Africans and their descendants, the genocide of the native peoples, and systemic discrimination against the poor, especially those without white skin.  I do not believe there will be either equal protection or opportunity for African-Americans until that system of capitalism is either reformed to insure such equality or removed entirely.

How do you explain the rise of anti-Black racism, particularly within the US police?

I think the answer to this is two-fold.  The first part of my answer is that the police in the United States have always been racist.  They are hired to protect and serve those with property, which, when one considers that Blacks were first brought to this country as the property of white slavers, means that the police were not there to protect Blacks, but to control them for their slavemasters.  Today, police are employed to control Blacks and others for the slavemasters’ descendants.  The second part of my answer has to do with individual hires.  Many of the white men and women applying for employment with the police are either members of or sympathize with various white racist organizations.

America had a black president. To what has it served? A woman will be elected, the faces pass but the system remains the same. In your opinion, is there a strategic issue in this electionor is it just a transfer of power between a black president and a woman who had been his Secretaryof State?

The presidency of Barack Obama has taught those who thought a Black president would provide a fundamental change in US politics that it will not.  Neither will having a woman president.  The faces change in the US White House, but the program remains the same.  This has been the case for a long, long time.  As for this election, I think the only strategic issue is in terms of the foreign policy of the US, which I believe will take an even more belligerent tone under either Hilary Clinton or Donald Trump.

In one of your articles, you qualify the capitalism as a tragedy. Why?

In the dictionary, the first three words used to describe tragedy are: “disaster, calamity, catastrophe….”  I believe these three words aptly describe the effects of capitalism for the bulk of the world’s population, both historically and presently.

Elvis Presley, the Rolling Stones and Bob Dylan especially are often mentioned in your articles.Why?How do you see the evolution of Dylan compared to Joan Baez who just declared recently thatsheneeds silence?

I mention such popular musicians in my work because of their influence on the culture I grew up and continue to exist in.  While their influence is much greater in western culture, it is an aspect of western cultural imperialism that these musicians are known throughout the world.  This fact provides a writer with a basis for understanding familiar to many of their readers, albeit each reader’s understanding may be slightly different.  I see Bob Dylan as a perennial performer whose curiosity has taken him to almost every style of music known to northern American audiences.  It is as if he cannot stop singing, performing and writing for fear he will stop living.

Why, in your opinion, the progressive forces in the US and around the world have they trouble to organize themselves to overthrow the capitalist system and its highest stage the imperialism?

Who is Ron Jacobs?

Ron Jacobs is an American writer and library worker.  His books include The Way the Wind Blew: A History of the Weather Underground, Daydream Sunset: 60s Counterculture in the ’70s, and the novels All the Sinner’s Saints,Short Order Frame Up, and The Co-Conspirator’s Tale. He has been active in anti-imperialist, anti-racist and labor union organizing since the 1970s.  He currently lives in Vermont, USA.