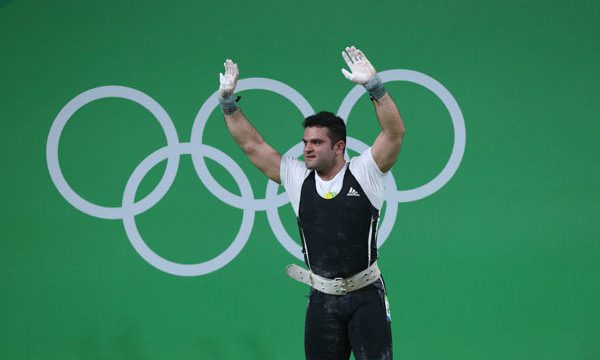 RIO DE JANEIRO, Aug. 16 (MNA) – Mohammadreza Barari of Iran only managed to stand in the sixth place of Men’s 105 kg weightlifting event by lifting a total of 406 kilograms.

Weightlifting competitions at the 31st edition of 2016 Rio Olympic Games were followed on Tuesday in Pavilion 2 of Riocentro sports complex where 105-kilogram lifters fought for medals.

Experiencing his first presence in the Olympic extravaganza, Iran’s Barari snatched 180 kilograms in his first attempt and despite his failure to overcome the 185kg weight in the second try, the Iranian athlete lifted 186 kilograms in the final attempt.

Mohammadreza Barari requested and successfully 220 kilograms for the first try of clean and jerk though he failed to tackle 230 and 231kg weights in his following attempts to finish sixth with a total of 406 kilograms.

Ruslan Nurudinov of Uzbekistan lifted a total of 431 kilograms to clinch the gold medal of Men’s 105kg category setting a new Olympic record.

Simon Martirosyan of Armenia took silver with 417kg while Kazakhstan’s Alexandr Zaichikov, who lifted a total of 416kg, took bronze.