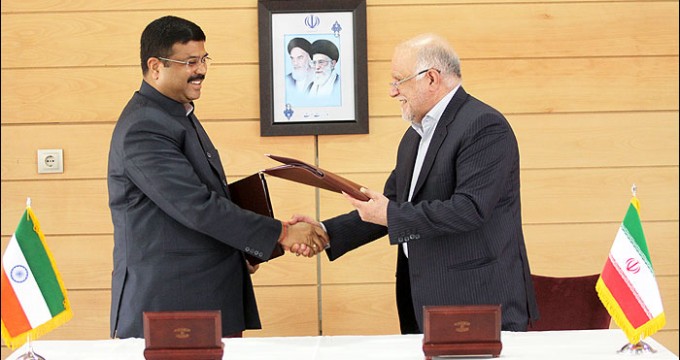 Iran expects India to seal Farzad B by Sept.

An Indian delegation will visit Tehran this week to discuss the “financial investment model” for development of the vast Farzad B gas field.

Indian media reports have already said they expected the two countries to seal “development, financial and commercial” terms of the project latest by October.

A consortium led by New Delhi-based ONGC Videsh discovered Farzad B in the Farsi offshore block in 2008, but it abandoned its development after the West intensified sanctions on the Islamic Republic in 2012.

Last year, ONGC Videsh submitted a $3 billion field development plan to Iran to develop Farzad B after the West lifted sanctions under a nuclear agreement. The field is estimated to hold in-place gas reserves of 12.5 trillion cubic feet, with a lifetime of 30 years.

The Indians seek to produce one billion cubic feet of natural gas a day in the first phase as the government is strategically securing multi-billion dollar energy deals overseas.

Iraq is currently the other serious client of the Iranian gas. On Monday, the head of the National Iranian Gas Company (NIGC) said Iran’s gas exports to Iraq will begin next month after several dates for starting the transfer have been pushed back.

Under a contract signed in 2013, Iran is about to feed gas to three power generation plants in Baghdad and Diyala but exports have yet to begin.

Mainly security issues have hindered the start of the gas flow, with NIGC Managing Director Hamid Reza Araqi not saying Monday whether those problems had been sorted out.

The 270-kilometer gas pipeline goes through the volatile Diyala province to feed a power plant nearby before stretching to Baghdad, where it branches into two lines there to supply two more power stations.

“In the first phase, the gas exported by Iran will be transferred to the Baghdad plant to ease up the facility’s need for fuel and allow it to continue to operate,” Araqi said in remarks published by the ISNA news agency.

In 2017, Iran will also begin gas exports to the Iraqi port city of Basra near the Iranian border through a separate pipeline to feed another power plant there.

Iraq has a power shortfall of some 5,000 megawatts on its existing national grid in a country of sweltering summers where temperatures zoom past 50 degrees Celsius.