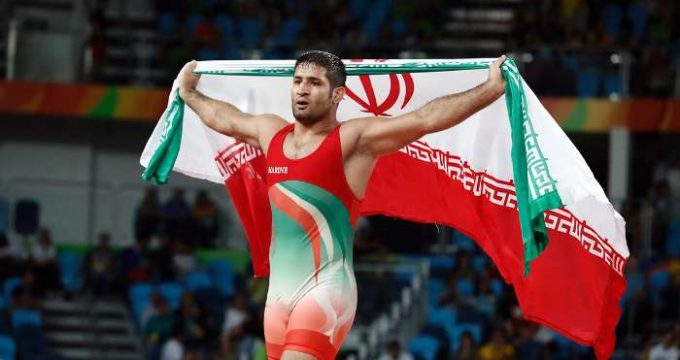 The Iranian wrestler managed to win the medal after defeating Hungarian champion’s Péter Bácsi 5-2 in Brazil.

Abdevali, who had struck on off draw in the first round, conceded a defeat against Mark Overgaard Madsen of Denmark.

However, given that his Danish rival became a finalist, Abdevali found his way to the Repêchage round 2 where he quelled Serbia’s Viktor Nemeš 3-1.

Iranian squad snatched its second gold medal of the Rio 2016 Olympic Games as Sohran Moradi won gold in the men’s 94-kilogram category with a world record after lifting a total of 403 kilograms.

On Aug 13, Kianoush Rostami won the first gold medal of Iranian squad in the Rio 2016 Olympics Games in the men’s 85-kilogram category with a world record after lifting a total of 396 kilograms.