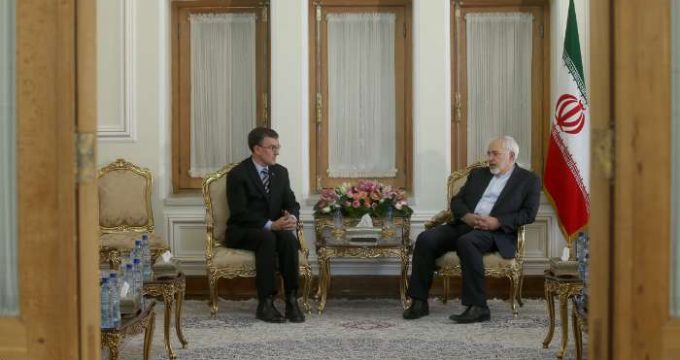 Tehran, Aug 15, IRNA – Iran is the safest and the most stable country of the region, the newly-appointed Ambassador of Australia to Iran David Yan Biggs said.

The newly-appointed Australian ambassador on Sunday evening submitted a copy of his credentials to the foreign minister Mohammad Javad Zarif.

During a meeting with Zarif, he said that Iran has a special position and is the safest and most stable country of the region.

“We will do our best to resolve the problems of Iranian asylum seekers in the framework of bilateral agreements,” the envoy added elsewhere in his remarks.

Meanwhile, Zarif called for enhancement of mutual economic and trade cooperation between Tehran and Canberra.

He also urged the Australian government to do its best for resolution of problems of Iranian refugees there.