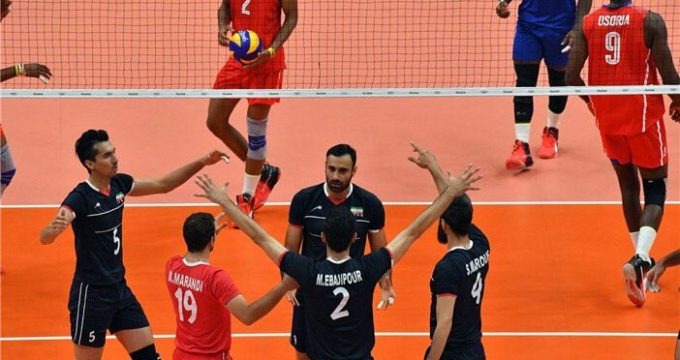 TEHRAN (FNA)- Iran defeated Cuba 3-0 in their third game in the men’s volleyball tournament of Rio 2016 Olympic Games in Brazil on Thursday.

Iran’s national Volleyball team showed excellent consistency throughout today’s match, and trounced Cuba 3-0 (25-21, 31-29 and 25-16) to stand behind Argentina and Poland.

Earlier, Argentina trounced Iran 3-0 in their first game of the tournament while Poland and Iran played a dramatic five-setter match in which the world champion managed to defeat Raul Lozano’s men 3-2.

The volleyball tournaments at the Rio 2016 Rio Olympic Games started on August 6, and will finish on August 21. Iran is pitted against Argentina, Cuba, Egypt, Poland and Russia in Pool B. Brazil, Canada, France, Italy, Mexico and the United States have been drawn in Pool A.