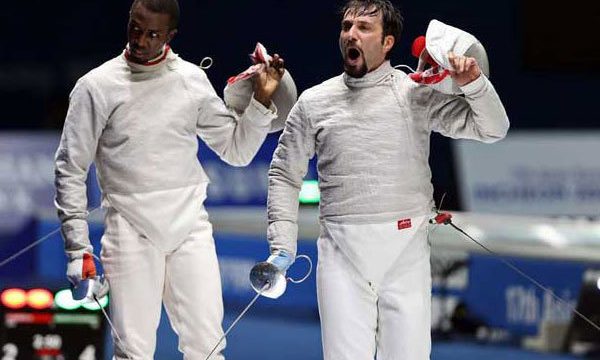 Iranian athlete Mojtaba Abedini who had earlier defeated former Olympics champions from Ukraine and South Korea in his first two matches, managed to win marginally over Anstett Vincent from France 15-13.

In Semi-final round Abedini will stand against American fencer Homer Daryl to fight for a place in final game; meanwhile, Korean Kim Junghwan will compete with Szilagyi Aron from Hungary to determine next player in final game.

If Mojtaba Abedini can achieve a medal, it will be the first-ever Olympic medal in history of Iran’s fencing.