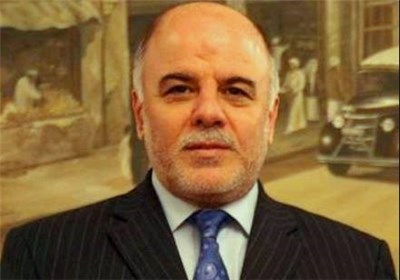 Iraqi Prime Minister Haider al-Abadi has hailed the presence of Iranian military advisers in the country’s battle against Daesh terrorists.

During a Wednesday conference titled “The World with Iraq to defeat Daesh”, Abadi also stressed that the Iranian advisers are present in Iraq on Baghdad’s request.

He also announced that the Iraqi army is currently engaged in the final stages of planning the latest operations aimed at ridding Mosul from the Daesh terrorists who overran the country’s second largest city in the summer of 2014.

The city is the last remaining bastion of Daesh in Iraq as the military and allies have managed to retake key towns and villages from the militants over the past months.

He stressed that the end of Daesh’s presence in the county is close at hand, and that the nation will be celebrating the eradication of the Takfiri menace in Iraq “soon”.

Hundreds of Iraqi families have been fleeing southern Mosul as army soldiers and fighters from the Popular Mobilization Units are taking up positions around the city, which is located some 400 kilometers (250 miles) north of the capital Baghdad.

Abadi also noted that the corruption of several officials was one of the main reasons that the Takfiris were able to spread throughout the country, which has been plagued by gruesome violence since Daesh terrorists mounted an offensive in the country in June 2014.

Meanwhile, the country’s volunteer forces announced that at least 200 Daesh militants were killed in an operation in the country’s western Anbar province.

The Popular Mobilization Units, allied with the Iraqi army, have been an efficient force in attempts to recapture militant-held areas.