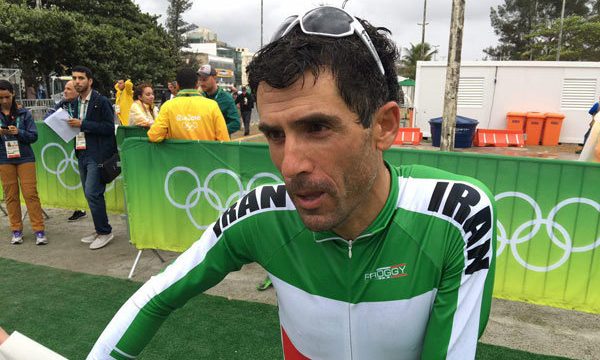 The competition was held in adverse weather conditions while Rio was rainy and the road was slippery. Although Mizbani suffered a terrifying crash in the cycling race, he managed to put several others behind and rank 31st among the 37 cyclists who also managed to finish the competition.

The 31st round of Olympic games is currently under way in Rio de Janeiro, Brazil, from 5-21 August. Over 10,000 athletes from 206 countries are participating in the international event.