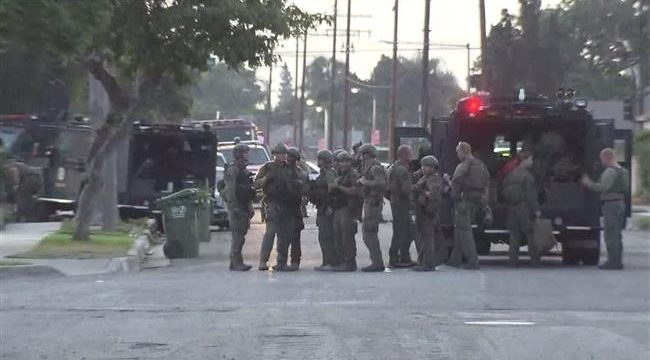 The Los Angeles County Sheriff’s Department has admitted that an unarmed African-American man shot dead by a deputy last month was not a carjacking suspect they were seeking.

Donnell Thompson, 27, was shot at close range on July 28 by a deputy riding an armored vehicle as police were looking for suspects following a car chase and shootout in Compton.

“We have determined that there is no evidence that Mr. Thompson was in the carjacked vehicle, nor that he was involved in the assault on the deputies,” police said in a statement.

Deputies encountered an unarmed black man lying motionless on the ground and assumed he was a suspect who had opened fire on officers.

They closed in on Thompson using armored vehicles, then threw a concussion grenade in his direction and fired a rubber baton at him, the statement said.

Thompson was initially unresponsive to police commands, but then allegedly stood and charged at officers, prompting the deputy to open fire at him. No weapon was recovered at the scene.

“We don’t know why he was in the state he was in,” according to sheriff’s Captain Steve Katz.

Relatives of Thompson said they planned to bring a civil rights lawsuit against the county over the fatal shooting.

The deputy who fired the shots has been placed on leave and an investigation is ongoing to determine whether the shooting was justified, police said.

Thompson’s death adds to a growing list of high-profile deaths of unarmed black men at the hands of mostly white police officers across the country, which have triggered nationwide protests against police brutality.

Police killed over 1,150 people in 2015, with the largest police departments disproportionately killing at least 321 African Americans, according to data compiled by an activist group that runs the Mapping Police Violence project.