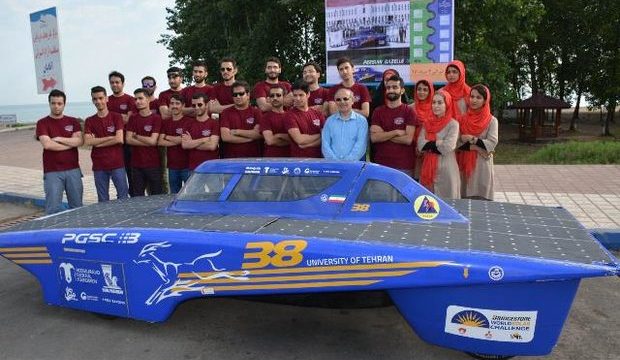 The Persian Gazelle III solar car manufactured by Iranian students at University of Tehran made a tour from the Caspian Sea to the Persian Gulf to introduce environmentally friendly technologies to people across the country earlier in July.

Persian Gazelle III was finished in 2015 after 9 months. This is the third model of the Persian Gazelle solar car that has been designed and manufactured by students from the Faculty of Engineering of University of Tehran.

The car has so far made a stop in Anzali Port, Rasht Port, Qazvin, and Tehran. Its next stop is Yazd, which will be today on Tuesday.

Abrinia also said that the present Persian Gazelle IV drew upon the tests undertaken by its elder sister in the cross-country tour; “this recent version will be 4-wheeled and will accommodate 4 people,” he added.