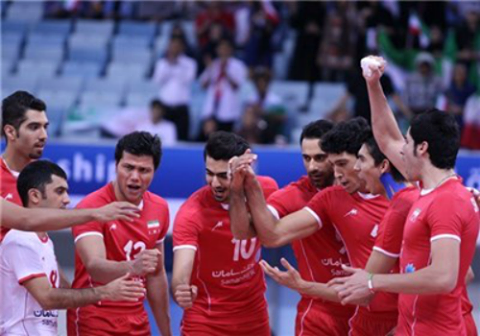 Iran’s volleyball team looks to shock the world in Rio

In the 52 years since volleyball was introduced to the Summer Olympics, Iran’s national men’s volleyball team has never secured an Olympic spot. That all changed this past June, after Iran finished second at the Men’s World Olympic Qualification Tournament in Tokyo.

Currently ranked 10th overall by the International Volleyball Federation (FIVB), Iran’s volleyball team is one of 14 sports at this summer’s games in Rio de Janeiro that will feature an athlete from the Islamic Republic of Iran. In addition, this squad is the only collective team-based sport that secured an Olympic spot for Iran. The other 13 sports that feature Iranian athletes are considered to be individualistic sporting events. Of the 63 total Olympic athletes that Iran has sent to Rio, nine of them are women.

In less than a decade, the men’s national volleyball team of Iran has become a regional powerhouse. With a number of big tournament wins in regional and international play, including being runners-up in the 2009 Asian Championship, winning the 2011 Asian Championship and retaining their intercontinental title in 2013, it is easy to see why the latest edition of FIVB rankings has Iran ranked as the best team in Asia. As a result of the team’s success, volleyball has become one of Iran’s most popular sports.

This article was written by Hanif Kashani for Al-Monitor on Aug. 7, 2016. Hanif Z. Kashani is an Iran analyst based in Washington, DC.