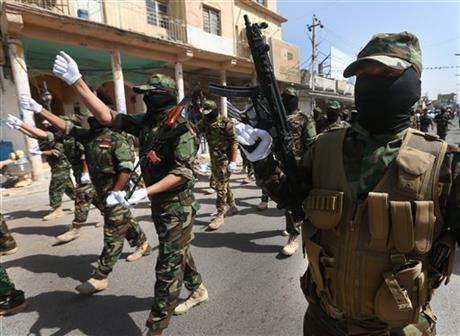 A top Daesh commander has been reportedly killed in a bombing in Iraq’s northern Kirkuk province.

According to a local source, Takfiri terrorist chief Mohamed Nassif al-Hosh died on Sunday when his car blew up while en route to the province’s western regions.

“Daesh members were deployed in the area and conducted operations to search for the perpetrators of the bombing,” the source said.

On Friday, four other Daesh commanders were slain in airstrikes carried out by the Iraqi Air Force in the province.

The Takfiri terrorists were killed as the Iraqi warplanes targeted the terror group’s key headquarters in the southwestern district of Hawijah.

Iraq has been engaged in the fight against the Takfiri Daesh terrorists since the summer of 2014, when the militants took control of the major city of Mosul in the north of the country and some other areas in the country.

The militants have been committing heinous crimes against all ethnic and religious communities in Iraq, including Shias, Sunnis, Kurds, and Christians. Iraqi army soldiers and fighters from allied Popular Mobilization Units are seeking to win back militant-held regions in joint operations.