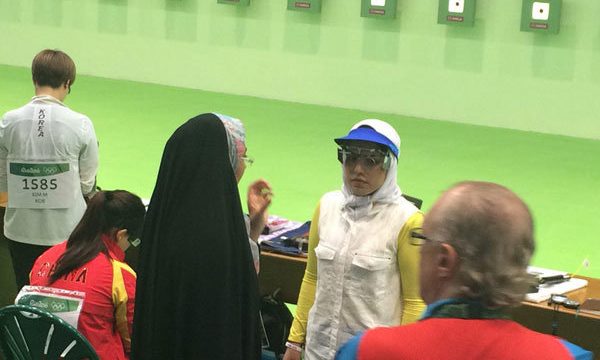 Sebghatollahi stood in no better place than 21st among 45 shooters, a ranking which disqualified her from the final round. Sebghatollahi shot 40 bullets to the target, but her odds were weak to be among the final 8 shooters to reach finals.

On Saturday, the news of success by Elaheh Ahmadi, the sole mother of Iranian delegation to Rio, in reaching finals stole the limelight and was the epicenter of news and laudatory comments in social media. But Ahmadi’s star was in the descendent in finals where she came 6th, to have a bitter experience along her baby who has travelled in a unique experience to Olympic village, thousands of miles away from home.

Iran’s hopeful Najmeh Khedmati also was a disappointment for the delegation where she even lagged behind her teammate Ahmadi and failed to reach to finals and ended empty-handed.