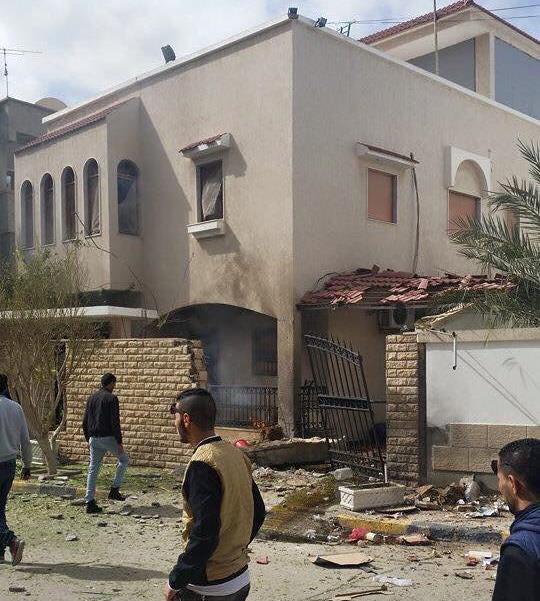 Behind the scene of recent US military intervention in Libya

Foreign military intervention in Libya to fight the Daesh Takfiri terrorist group cannot be analyzed without due attention to the ongoing rivalry between Europe and the United States. The Libyan army and government asked the United States to start military operations in the country to defeat Daesh under conditions that two weeks earlier and after France announced its plan to send fighter jets to Libya to fight Daesh, Libyan government protested to France’s decision and people in various cities held protest rallies. The question is what difference does exist between military operations by the United States and France which causes France’s operations to face opposition in Libya but a few days later, Libyan government officially asks the American government to help it in fighting against Daesh?

One may say that the request for help from the Libyan government has come under pressure from the United States Democrat administration. In reality, American forces have been present in Libya not only in recent days, but since many months ago and in fact since March, and this issue has been admitted by military officials of both the United States and Libya. However, as the forthcoming presidential election draws near in the United States, the Obama administration has intensified and publicized its military operations in Libya. At present, US Democrats are in dire need of success in Libya, so as to make up for one of the darkest points in the track records of their presidential candidate, Hillary Clinton. According to the latest polls, Clinton is ahead of the Republican presidential candidate, Donald Trump, by almost seven percentage points, but she still needs to clean her past ledger. When Clinton was Obama’s secretary of state, as a result of the oversight and inattention by the Department of State, militants in Libya attacked the US embassy in Tripoli and not only set fire to its building, but also killed the US ambassador, thus eliciting strong protest from Obama’s opponents over this security fiasco.

During numerous sessions held by the United States’ security and military institutions, it was proven that this disaster had been only the outcome of oversight and mistakes by the US Department of State. As the time for next presidential election draws near, Clinton needs to clean that black spot out of her track records by any means possible even at the cost of entering another war. For this reason, taking such a measure in Libya was predictable both due to the US President Barack Obama’s need to improve his image and due to Clinton’s need, and it must be considered as mostly aimed at publicity inside the United States. However, since Washington is concerned about retaliatory measures by Daesh, it is possible for US forces to restrict their attacks to the city of Sirte and avoid dealing drastic blows to Daesh in this country.

In this way, the United States has started its most delicate and most interesting political and military game, this time, in Libya. Therefore, the United States wants to kill two birds with one stone by taking this measure. The United States is in rivalry with such European countries as Britain and France in Libya and its expanded presence in Libya is of strategic importance to Washington. On the one hand, Libya’s oil reserves are equal to oil reserves in all other African countries. On the other hand, the fact that Libya has long coasts along the Mediterranean has provided American companies with a very good opportunity for investment in the country. Europeans have also taken a security approach to Libya and intend to solve the political and security crisis in the North African country in order to prevent the wave of immigrants who set off for Italy from the Libyan coast.