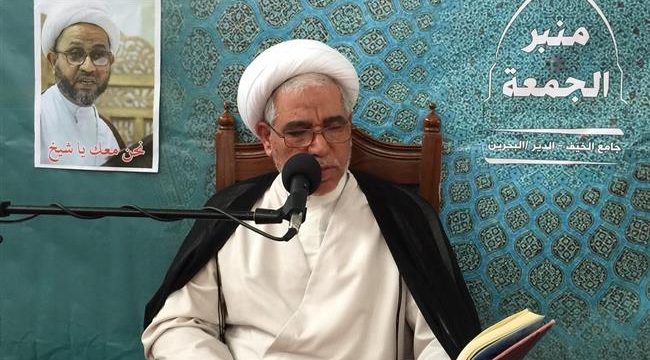 Bahraini police have arrested four Shia clerics as the Manama regime presses ahead with its repression of prominent figures from the majority religious community in the Persian Gulf state.

Sheikh Issa Momen, the Friday Prayers leader of al-Khayf Mosque in the village of Dair, east of the capital, Manama, was taken into custody on Saturday, the Arabic-language Bahrain Mirror website reported.

The council was founded in 2004 under the leadership of top Shia cleric Sheikh Issa Qassim.

Qassim is also the spiritual leader of al-Wefaq National Islamic Society, Bahrain’s main opposition group, which has recently been dissolved by the kingdom.

He had his citizenship revoked by the authorities in June, with Bahrain’s Interior Ministry accusing the clergyman of seeking the “creation of a sectarian environment” in the country. Sheikh Qassim has rejected the allegations.

Bahraini rulers have come under fire both at home and abroad for ramping up their crackdown on dissent.

In recent weeks, demonstrators have held sit-ins outside Sheikh Qassim’s house in the village of Diraz to denounce his citizenship removal.

The village saw another demonstration on Saturday night, during which the protesters shouted slogans against the ruling Al Khalifah dynasty.

Amnesty International and several other international rights organizations have also denounced the regime in Bahrain for rampant human rights abuses against opposition activists and anti-regime protesters.

Bahrain, a close ally of the US in the Persian Gulf region, has seen a wave of anti-regime protests since mid-February 2011.

Scores of people have been killed and hundreds of others wounded or detained amid Manama’s ongoing crackdown on dissent and widespread discrimination against the country’s Shia majority.