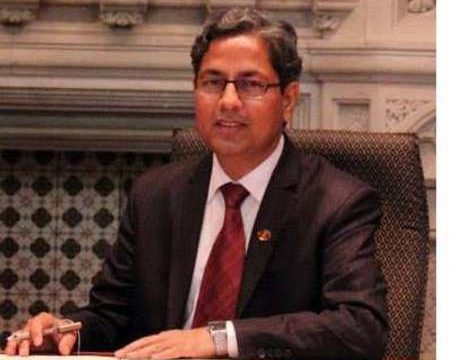 August 6, The Iran Project – An Indian Professor has said Iran’s nuclear deal opened a new chapter in the country’s economic prosperity, reiterating that the removal of internationals sanctions made Iran move quickly to economic growth and scientific development.

Speaking to a reporter on Saturday, Dr. Saran Singh, Professor for Diplomacy and Disarmament at Center for International studies of Jawaharlal Nehru University (New Delhi) referred to Western hype over the dangers of Iran’s nuclear program, and said Iran’s nuclear deal changed misunderstandings resulting from their negative propaganda.

Iran has never sought nuclear weapons due to political and technical reasons, the India professor said, urging the world’s superpowers to have friendly cooperation with Iran to maintain peace and stability in the region.

He supported Iran’s membership in the Nuclear Suppliers Group (NSG), saying that after signing the nuclear deal, there is no reason for preventing Iran from joining the NSG.

Iran’s membership in the Nuclear Suppliers Group will be helpful in strengthening Iran and the NSG, he noted.

Referring to the possibility of Iran-India civilian nuclear cooperation, he said the two countries dialogue and relations have been changed since Iran’s nuclear deal and the Indian prime minister’s visit to Iran.

The Indian prime minister Narendra Modi paid an official two-day visit to Iran on May 22 to boost economic and political ties with Tehran.