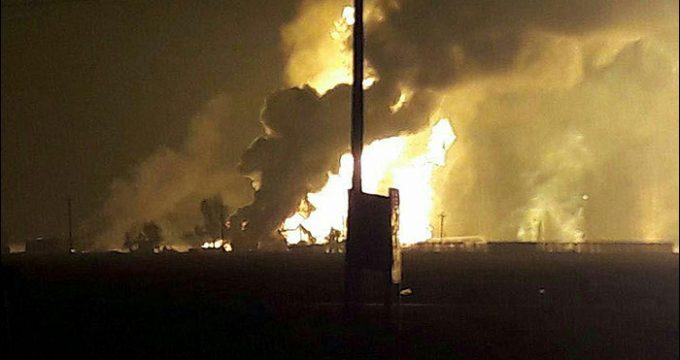 TEHRAN, Iran (AP) — Iranian state TV is reporting that a gas pipeline explosion in southern Iran has killed one person and injured three others.

The report says the explosion took place during the early hours Saturday in the town of Genaveh, in the southern province of Bushehr. It says the fire was extinguished after five hours.

Abdolhamid Khedri, the province’s representative at the Iranian parliament, ruled out sabotage as a possible cause of the incident.

Iran’s news agency, IRNA, reports that immediately after the blast, the pipeline was disconnected from the rest of the system to limit the scale of the damage.

Ali Paknejad, the governor of Genaveh province, tells IRNA that people were warned not to come too close to the blast site for safety reasons.