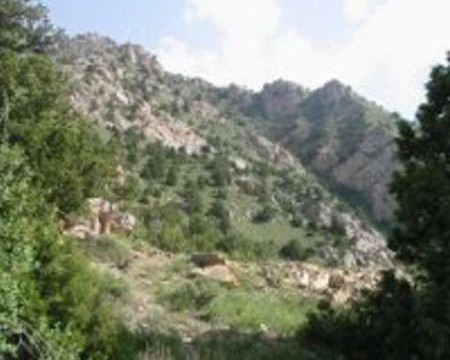 Forests cover less than 10% of the entire landmass in Iran, but the level of protection they currently receive does not correctly reflect their importance to the country, the people and the wildlife they support.

Already under threat by climate change, desertification, drought and various types of diseases, forests are in an extremely vulnerable state. However, most officials and environmentalists agree that the most pressing issue endangering the survival of Iran’s woodlands is deforestation.

The threat is so serious that President Hassan Rouhani issued a directive shortly after taking office in 2013 banning the felling of healthy trees to supply timber needs.

Following the president’s lead, the Department of Environment drafted the Forest Protection Bill, which calls for a ban on knocking down trees for 10 years, allowing for forests, especially the Caspian Hyrcanian forests in the north, to recover.

However, the bill was on hold in the Majlis (parliament) for a year.

Critics say the bill is redundant because forest management schemes currently in place help protect forests and limit overexploitation of resources, while creating jobs for many.

They claim banning the use of timber will force operators of the schemes to abandon their jobs because it makes no financial sense to manage resources that are not used.

They also assert that timber smugglers are the ones hurting forests, but the bill strictly targets the legal exploitation of these resources, which is illogical.

Some have even gone as far as suggesting cutting down old trees—some of which are older than 200 years old—to prevent them from falling over younger trees and breaking them.

Hadi Kiadaliri, president of the Iranian Scientific Association of Forestry, dismisses those claims as “unfounded”.

“Claiming that the bill will result in scuttling forest management schemes implies that the schemes are there for economic reasons and not to protect forests, which is misguided,” he told ILNA.

He noted that nearly 40% of Iran’s northern forests are not deemed suitable for timber production, “so going by their logic, nearly 800,000 hectares of forest have no need for formidable management plans”.

Recalling the importance of old trees, Kiadaliri said any suggestions to cut them down is “financially-driven”.

“You have to look at the bigger picture; you have to see if the tree you’ve targeted plays an important role in the ecosystem,” he said. “Old trees are usually tall and big, and studies show they host up to 40 species of birds.”

The Caspian Hyrcanian forest has been on UNESCO’s tentative World Heritage List since 2007. Its biological diversity is of high economic and social value.

He warned against “the one-dimensional view of forests”, saying that to think forests are only there to produce timber is wrong.

“Forests are resource-rich areas that can be used properly for economic gain,” Kiadaliri said. “Arab states are finding different ways to make money from their sand and gravel, and we’re here thinking forests are only good for wood and nothing else.”

In response to assertions that the bill fails to target timber smugglers, the expert said cutting down trees illegally is already a crime, and should the bill become law, it makes cracking down on wood smuggling easier.

“When you ban cutting trees, it becomes easy to spot smugglers, because then every truck full of timber in forests is clearly carrying illegally-obtained wood,” he said.

Officials have proposed a variety of solutions to reduce reliance on Iran’s woodlands to meet the growing demand, one of which is leasing forests from other countries.

Iran has lined up a number of measures to alleviate the pressure on forests, such as increasing the import of timber from Russia and Ukraine to reduce logging in the country and protect the Caspian Hyrcanian forests.

According to forest authorities, 7.1% of woodland areas in northern Iran have been lost in recent years to logging and wildfires.