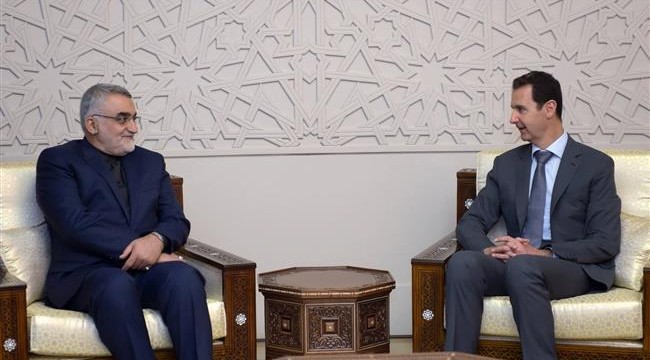 TEHRAN (Tasnim) – Syrian President Bashar al-Assad said those who have resisted the policies of sponsors of terrorism will be the makers of the region’s future.

“The future of the region will be designed by those nations that stood up against the policies of the countries that support terrorism and made sacrifices to protect their country and independence,” he said in a meeting in Damascus on Thursday with Chairman of the Iranian Parliament’s National Security and Foreign Policy Commission Alaeddin Boroujerdi, the Arabic-language al-Ahed news website reported.

Boroujerdi in this meeting stressed that Syria’s victory over foreign-backed terrorists could redesign the map of the region.

The senior Iranian lawmaker, who arrived in Damascus on Wednesday after a trip to Lebanon, also held talks with Syria’s Parliament Speaker Hadiyeh al-Abbas and Prime Minister Imad Khamis.

In his meeting with Abbas, Boroujerdi underlined the continued support of the Iranian nation and leadership for the Syrian nation in the fight against terrorism.