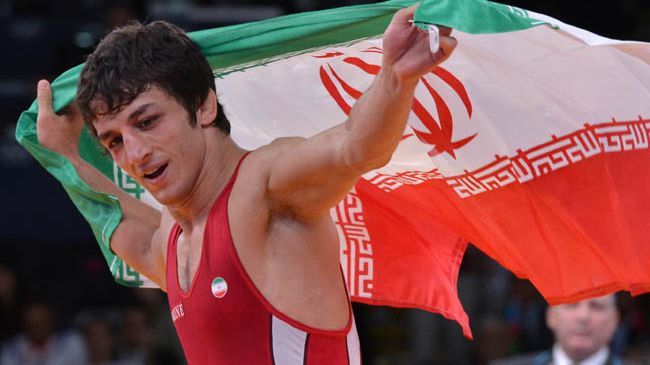 Iran’s Hamid Sourian Reihanpour has set his eyes on wrestling bouts at the forthcoming 2016 Summer Olympics in Rio de Janeiro, Brazil, to record his name as the second greatest star in the history of modern Greco-Roman style.

The 30-year-old, who clinched the gold medal in the men’s 55-kilogram Greco-Roman competitions at the London 2012 Summer Olympics, is now all set to overtake Russian wrestler Valery Rezantsev.

Rezantsev competed for the Soviet Union at Munich 1972 and Montreal 1976 Olympic Games, and was the gold medalist in the 90-kilogram Greco-Roman contests.

Retired Russian Greco-Roman wrestler Aleksandr Aleksandrovich Karelin, nicknamed the “Russian Bear” and “Alexander the Great”, is holding the No.1 position on the list of all-time Greco-Roman giants.

Sourian, who is also a six-time world champion, impressed the audience at the 2nd Olympic Games (OG) World Qualifying Tournament in Turkey’s largest city of Istanbul on May 6, and won a ticket for the Rio Olympics.

The Iranian Greco-Roman wrestler received a bye in his opening round contest of men’s 59-kilogram weight category.

The Iranian sportsman overwhelmed Ukraine’s Dmytro Tsymbaliuk and secured his place in Brazil.

Sourian faced American Greco-Roman wrestler Jesse David Thielke in a ceremonial final showdown later on, as both athletes had already earned their spots in the Olympic wrestling tournament.

The Iranian wrestler finished off the final bout with a quick takedown and three gut wrenches for an 8-0 technical fall in just 36 seconds.