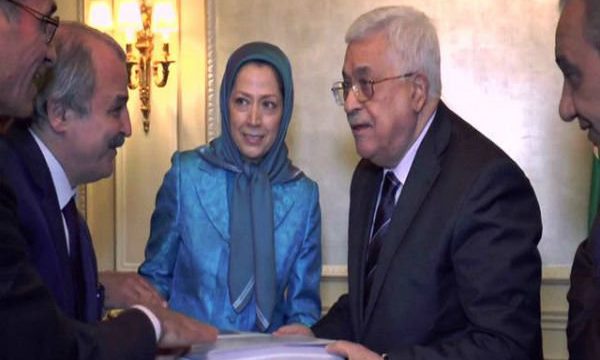 August 2, The Iran Project – Muslim Scholars Association in Lebanon has emphasized on the need for Palestine’s cooperation with Iran, referring to the Palestine’s Mahmoud Abbas meeting with the head of currently-defunct terrorist group of Maryam Rajavi as an anti-Iran measure.

Visiting a terrorist group like Mujahedin Khalq Organization (MKO) is an illegal measure that will hurt the Palestine cause, said Yousef al-Ghosh Muslim Scholars Association in Lebanon on Tuesday.

Al-Ghosh reiterated that Abbas visit with Rajavi was made at the behest of Saudi Arabia, urging Palestinian Authority President Mahmoud Abbas to cooperate with Iran for helping the Palestinian people rather than following Saudi Arabia’s Policies.

He also said the meeting will have no impact on the Islamic Republic of Iran and public opinion since Abbas and Rajavi represent nobody and nothing.

Elsewhere in his remarks, he referred to some countries that follow Saudi Arabia policies, especially in normalizing the relations with Israel, saying Islamic Republic of Iran and its allies are more powerful than Riyadh as it can be proven in defeating the plot of forming a new Middle-East.

Palestinian President Mahmoud Abbas met with Maryam Rajavi the ringleader of an anti-Iran terrorist group on July 30. According to reports, the two discussed regional issues, and Rajavi briefed Abbas on the MKO’s recent annual meeting.