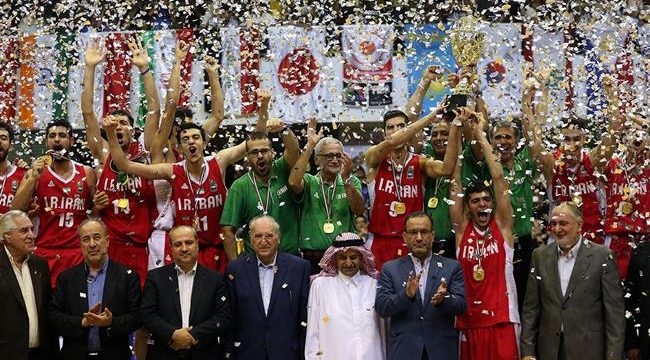 Mehran Rezaei led the way with 18 points for Iran while Mohammad Jafari scored 16 points and Amirhossein Rezaeifar picked up 10 points and 12 rebounds as Iran won their first FIBA Asia U18 crown since 2008. It was the country’s third U18 title in all.

Japan were in the U18 final for the first time since 1990 but failed to pick up their second championship trophy. The Japanese, who got 35 points from Keisuke Masuda, grabbed their second runners-up placing following 1970.

Jafari and Rezaei both nailed three-pointers to start the game and Iran led for nearly all of the first half, though they could only manage an 8 point lead. The hosts used the partisan Tehran crowd to take their first double-digit lead later in the third quarter.

The advantage was up to 19 points with 7 minutes left and the Tehran crown could taste the title. Japan had a chance to make it a single-digit deficit with more than 4 minutes but Yuki Mikami missed his three-pointer. Japan did trim the gap down to 7 points inside the final 30 seconds but it was too little too late.

Korea meanwhile claimed the third step on the podium by racing past Lebanon 86-63 thanks to 26 points and 8 rebounds from Yang Jae Min. Park Jiwon chipped in 17 points for Korea, who secured a spot in the 2017 FIBA U19 World Championship along with Iran and Japan. It will be the fourth time in a row that Korea will take part in the U19 Worlds. It’s the second straight third place finish for Korea after having reached the final in 2010 and 2012.

Lebanon got 19 points and 10 rebounds from Karim Zeinoun but failed to reach the podium for the first time since 2006’s third place finish.

China rebounded from their Quarter-Final loss to Iran and picked up fifth place as they knocked off Chinese Taipei 76-70. Fan Ziming led the way with 31 points and 10 rebounds while Man Jiang chipped in 14 points. Chinese Taipei received 17 points from Chou Kuei-Yu.

Philippines locked up seventh place with a 67-64 win over India with Jolo Mendoza scoring 15 points and Fran Yu picking up 14 points. Vishal Kumar Gupta had 20 points and 11 rebounds in the loss.