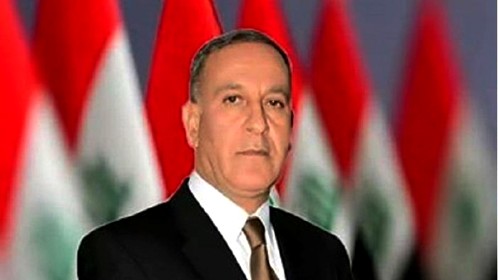 The Iraqi defense minister has hailed Iran’s “continuous support” for Iraq in its war against the Daesh Takfiri terrorist group, saying the Islamic Republic has helped its neighbor in critical times, Press TV reports.

“There is a great military cooperation between Iran’s Defense Ministry and its Iraqi counterpart, and as part of this military cooperation, Iran supports Iraq’s Defense Ministry and Iraqi security forces, directly or indirectly, in the liberation of Mosul,” said Khalid al-Obeidi in an exclusive interview with Press TV which is yet to be broadcast in full.

The Iraqi minister went on to say that Iran has supported its neighbor in numerous occasions in its fight against terrorism and continues to do so, insisting that the Iranian military engineers and advisers are providing support and advice in full coordination with the Iraqi army.

He added that the Iranian advisers are present in the country with the consent of the Iraqi government.

Obeidi, however, said only Iraqi forces would participate in the liberation of Mosul, the capital city of the northern province of Nineveh, which fell to the hands of Daesh in June 2014, and the Iraqi government would not allow any foreign country to intervene in the operation.

Iraqi army troops, backed by fighters from allied Popular Mobilization Units, are seeking to win back militant-held regions in joint operations. They have managed to dislodge the militants from several areas in major offensives over the past few months.

Back in February, the Iraqi minister said that the country would launch a decisive battle to retake Mosul by the year-end.

Elsewhere in his remarks, Obeidi criticized Turkey for sending its troops to Iraq, warning of a war greater than the one against Daesh if Turkey do not draw its forces from northern Iraq.

“The presence of Turkish troops in Bashiqa obstructs the observations to liberate Nineveh. This is a fact. When Prime Minister [Haider al-Abadi] warned of a war greater than the war on Daesh, he made his statements based on information he had,” he further said.

“If Turkish troops intervene, then the city of Mosul and the province of Nineveh will become an arena for regional conflicts and this is what the premier predicts. Therefore, I second his opinions,” Obeidi added.

In early December 2015, Turkey deployed a contingent of its troops to the Bashiqa military camp north of Mosul, claiming that the move had been earlier coordinated with Iraqi officials. Baghdad swiftly denied the claim and called on Ankara to immediately withdraw its forces from the camp.

The northern and western parts of Iraq have been plagued by gruesome violence ever since Daesh began a campaign of terror in the country in June 2014, when they overran Mosul and declared it their so-called headquarters in Iraq.

The Daesh terrorists have gained notoriety for their barbarity, heinous atrocities and sacrilegious acts. The militants have been accused of committing gross human rights violations and war crimes in the areas they control in Iraq and neighboring Syria.