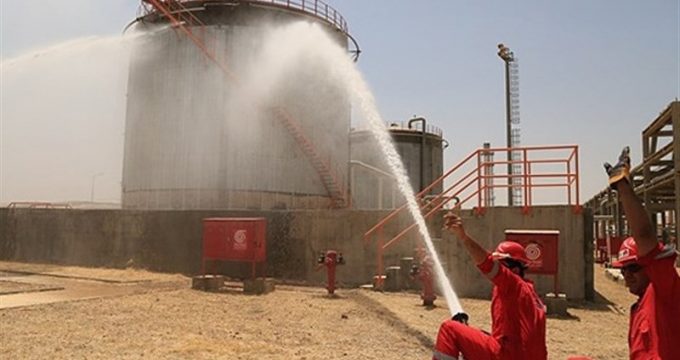 The incident happened at the Bistoon Petrochemical Complex, 15 km east of Kermanshah, the province’s capital.

Preliminary indications suggested that a fault in the electrical system may have caused the fire.

According to local authorities, rescue workers from Iran’s Red Crescent Society (IRCS) and firefighters are making efforts to extinguish the blaze.

It comes a few weeks after an inferno raged at another petrochemical complex in Iran’s southwestern port city of Mahshahr.

Known as the most serious incident in the history of Iran’s petrochemical industry, fire at Bu Ali Sina Petrochemical Refinery Complex in Mahshahr went out after 57 hours of constant firefighting efforts failed to extinguish the huge blaze on July 9.

After several rounds of futile attempt to put out the fire at the blazing tank, officials decided to discharge its content and let the remaining material burn itself out.