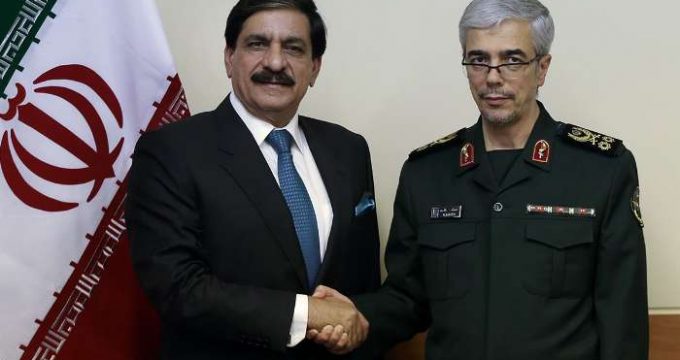 During the meeting, Baqeri said that giving a boost to defensive and military cooperation between the two neighbors is necessary for establishment of sustainable peace and security in the region.

He called for joint measures to strengthen security in the border areas.

Referring to certain states’ provocative measures for creating unrest in border regions between Iran and Pakistan, Baqeri encouraged fighting terrorism as a common danger that threatens the world and the region security.

The official hailed the historical and cultural ties between Iranian and Pakistani nations and Islamabad support for Tehran during the eight years of imposed war against Iran (1980-1988) and sanctions era.

He called for joint action against terrorists and other destabilizing factors in the region.